First Look at SIN CITY: A DAME TO KILL FOR 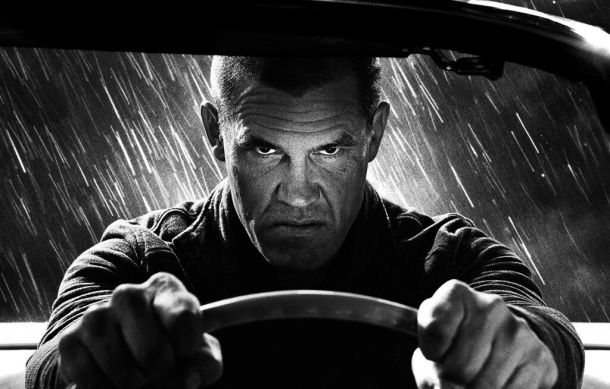 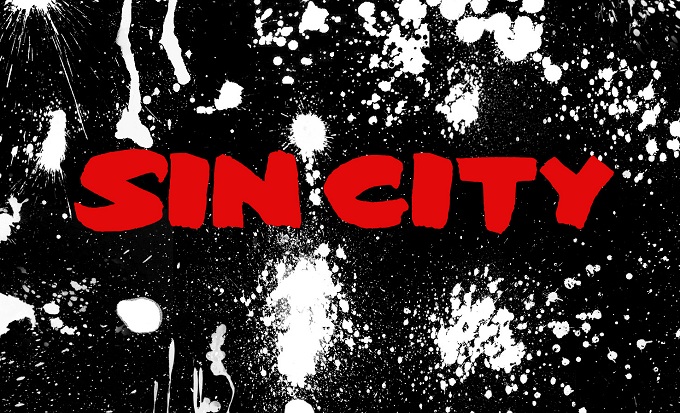 Can you believe it has already been 8 years since the first SIN CITY hit the big screen? Fans across the globe have been more than patient waiting for the sequel SIN CITY: A DAME TO KILL FOR and it appears that the wait may have been worth it. Returning for directorial duties are original creator Frank Miller (THE SPIRIT) and cult favorite Robert Rodriguez (MACHETE). Joining them is a growing list of very impressive actors that include: Joseph Gordon-Levitt, Josh Brolin, Mickey Rourke, Bruce Willis (YES!!), Jessica Alba, Rosario Dawson, Jamie Chung, Juno Temple, Stacy Keach, Dennis Haysbert, Christopher Meloni, Ray Liotta, Jamie King, Eva Green, and Michael Madsen. Holy crap that is one impressive list!

Filming has been going on for some time now at Rodriguez’ Troublemaker Studio in Austin, Texas. Anyone familiar with the series knows that the majority of this film will be shot in front of a green screen and digitally manipulated to give audiences the same comic book tone and feel as the first installment. SIN CITY is hands down the most faithful representation of its original source material with most shots being identical to its comic book counterpart.

Below is the first image (complimented by a studio shot) given to us from Rodriguez himself via his Twitter account. It displays the film’s main hero Dwight McCarthy played by Josh Brolin (previously played by Clive Owen) as he drives towards trouble. It’s worth noting that having Brolin portray Dwight instead of Owen this time around makes sense to those who have read the graphic novel seeing how the character underwent significant facial reconstruction surgery since we last saw him.

“Sorry for the radio silence! Have been deep into filming Sin City 2,” Rodriguez tweeted. “Want to see some behind the scenes pics? Having a BLAST making this movie. Amazing cast, and they’re all doing fantastic work.” 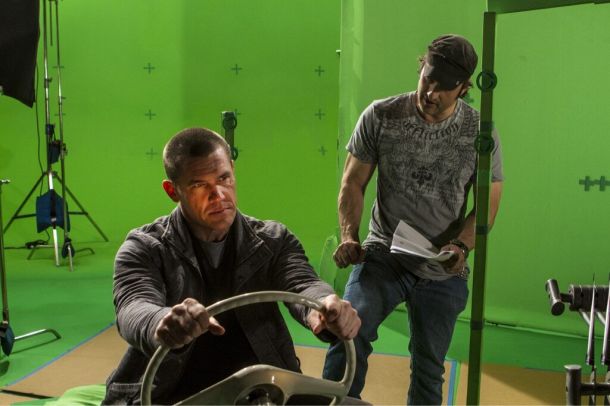 While this is just a brief glimpse of what we will be seeing, it’s good to know this film is finally on its way with a great creative team an an all-star cast. Stay tuned for the inevitable trailer in the coming months.

SIN CITY: A DAME TO KILL FOR drives into theaters October 4th 2013.

In the San Francisco area looking for your next SIN CITY comic book fix? If so, Check out MISSION: COMICS & ART. They’ve got you covered!