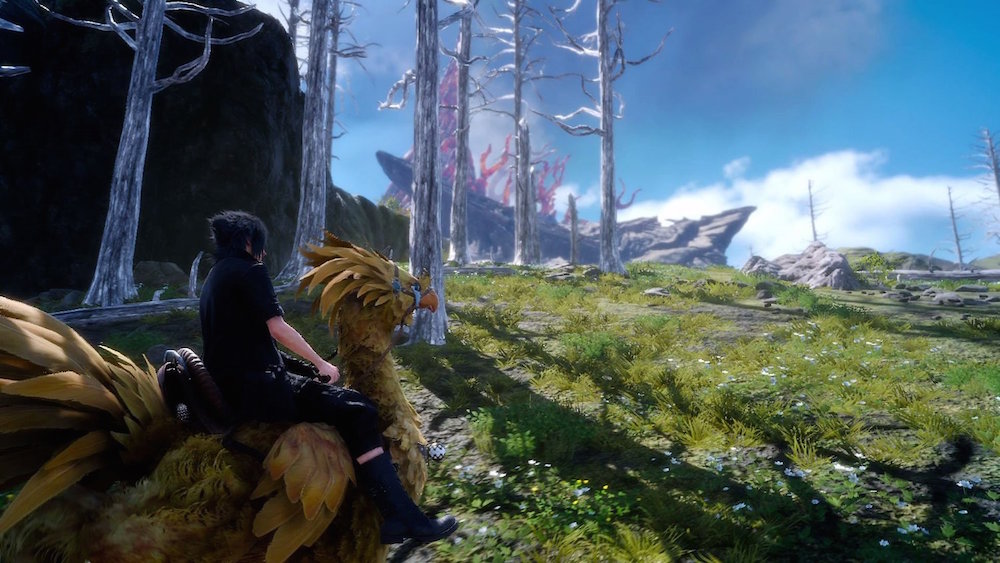 This week at the Final Fantasy XV Uncovered event in Los Angeles, Square Enix officially announced that FINAL FANTASY XV will be released on Playstation 4 and XBOX ONE on September 30th 2016. They also unveiled the glorious trailer you hopefully just witnessed above. And yes, it looks absolutely stunning.

Also announced were TWO collector’s editions to choose from. First is the Deluxe Edition retailing for $89.99 that includes a unique steelbook case along with a digital outfit, weapon, and car skin. Second will be the Ultimate Collector’s Edition exclusive to the official Square Enix Store and limited to just 30,000 copies retailing at $269.99. Yeesh! This will include a hardcover art book, a soundtrack, an exclusive Play Arts Action Figure, plus the same content as the Deluxe Edition mentioned before. Check em out below. 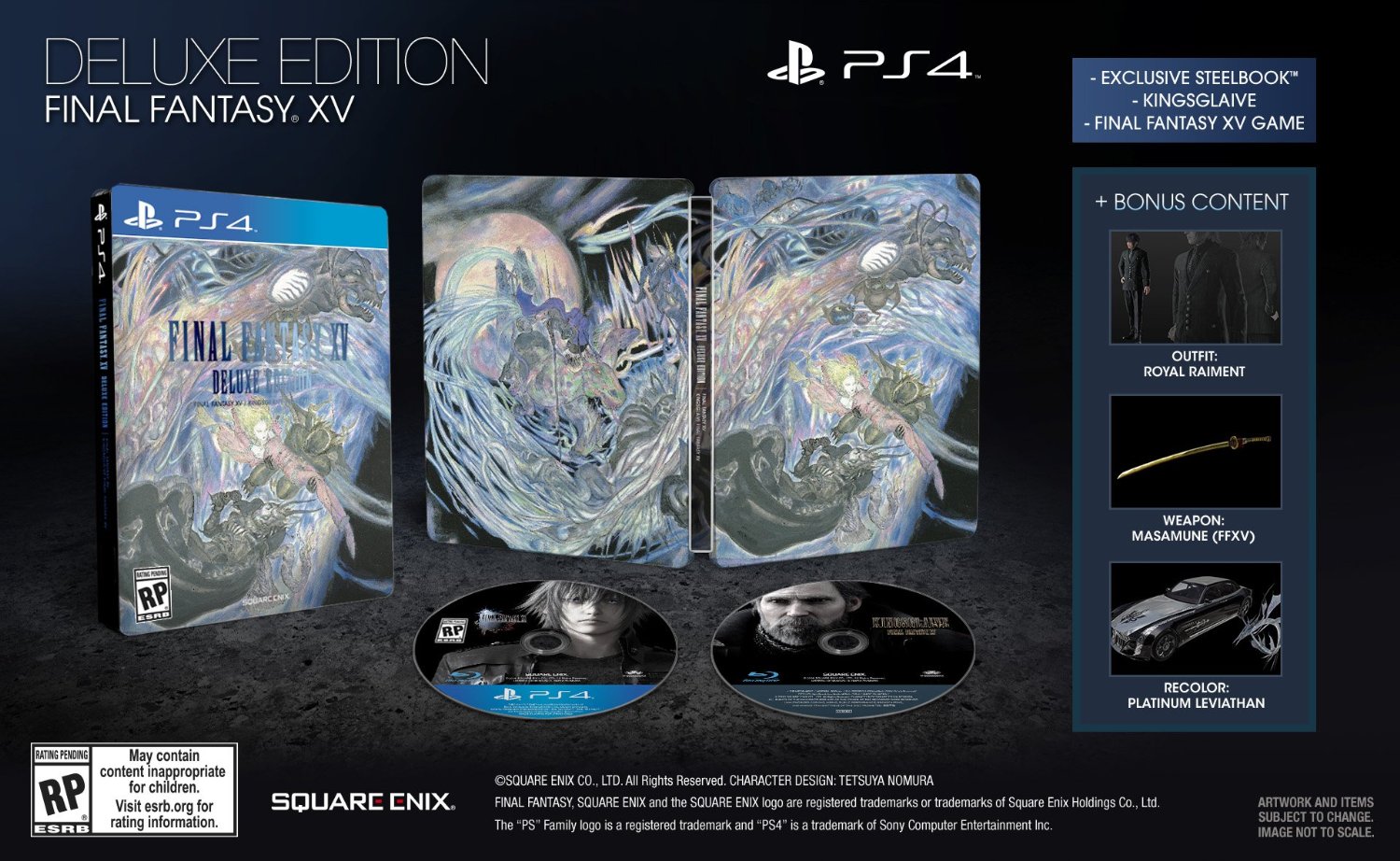 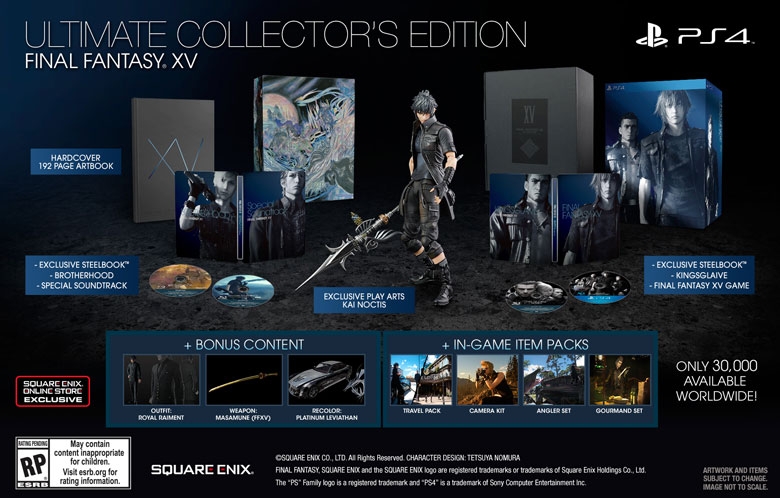 While I’m sure the Ultimate Collector’s Edition sold out immediately, the Deluxe Edition still looks to be available for pre-order. I’ll settle for the plain old retail edition myself.

FINAL FANTASY XV comes to us September 30th 2106 and I simply can’t wait.