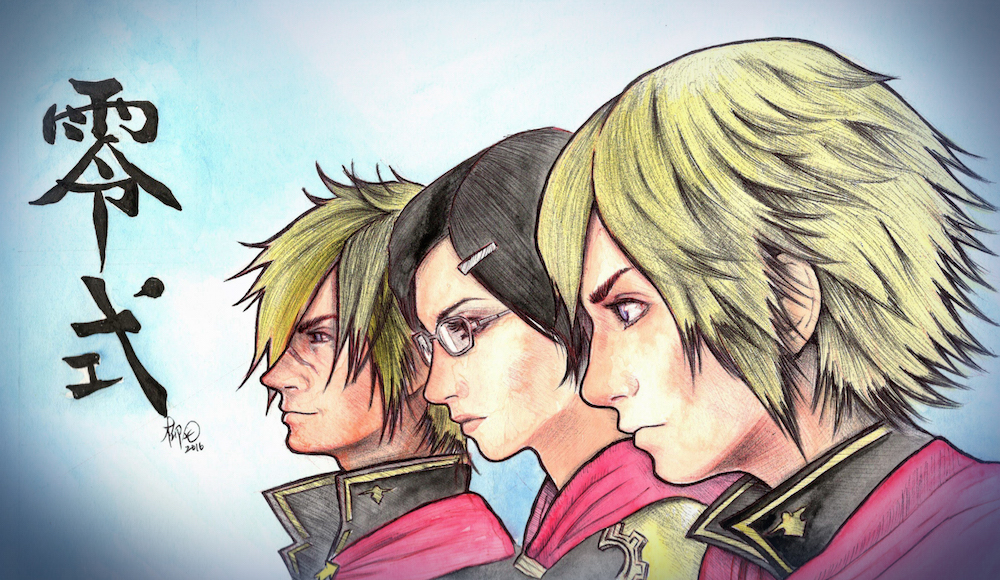 Square-Enix hit an undeniable rough path for several years. Starting with FINAL FANTASY XIII, each FINAL FANTASY title they released seemed to fall somewhere between passable and downright bad. Two sequels to a game that not a lot of people were enamored with Square had dug themselves into a rather large hole. With FINAL FANTASY TYPE-0 HD, they’re doing their best to climb their way back out.

FINAL FANTASY TYPE-0 HD is not a perfect game. It is not Square’s savior in harsh times. It is however a completely competent FINAL FANTASY title that focuses on the harsh realities of war and the young people that are affected by it. You play as the entirety of Class 0 in a prestigious military academy thrown into war. As the most illustrious students in the school, it is your duty to provide the protecting from outside forces. The fear these students feel during battle is real however. When someone dies, they are completely forgotten by everyone around them. Their only remnants being the objects they leave behind. This gives all of the characters a hint of solemnity when going into battle. Nobody wants to believe they will be forgotten after their death. This is a game you’ll want to stick with for the story.

You take on the role of each of these students during battle and use their variety of skills to your advantage. One of TYPE-0 HD’s biggest strengths lies in its variety of playable characters. Most of them fulfill FINAL FANTASY staple roles such as Dragoon or White Mage, but it is a lot of fun getting to switch back and forth between the three characters you have in your party at any time. The combat can become frustratingly difficult however. Enemies can deal an absurd amount of damage and have you respawning at checkpoints quite often. This is to say nothing of the rather poorly implemented tower defense segments of the game. The core gameplay is strong, and it’s a blast to get to know your fellow students around campus between battles, but a bit more balancing in terms of difficulty would have been appreciated.

Visually, TYPE-0 HD is a fairly nice looking game. The main character models look the best and the academy environments are no slouch either. It does become abundantly clear however that, in the end, this is a port of a PSP game. Most other environmental textures look muddy and some NPCs can be downright ugly. Considering this is a port though, it looks pretty good and won’t ruin the experience for you. You won’t be singing its visual praises as a PS4 or Xbox One game though.

In classic FINAL FANTASY fashion, the soundtrack in TYPE-0 HD is superb. It’s no surprise that the FINAL FANTASY series is known for their rousing musical scores, and Square keeps that tradition alive here. Only a few tracks really stood out to me as ones I would go back and listen to but those few really do elate the ears. You’ll hear plenty of classic FINAL FANTASY noises, from Chocobos to Moogles, and they all sound perfect, aside from the Moogles’ voice acting. Actually, a lot of the voice acting in TYPE-0 HD can be pretty rough. There are definitely some standouts among Class 0 but many of the performances seem either rushed or simply phoned in. What I’m trying to say is switch the voice acting option to Japanese when you start the game.

All in all, FINAL FANTASY TYPE-0 HD is a pretty good FINAL FANTASY game that has a story worth being told. The gameplay can become frustrating in battle and sometimes feel monotonous during weird tower defense sections, but the core experience is solid, albeit difficult. Visually this isn’t a game that will impress anyone looking for a new gen powerhouse though, so be prepared for a fairly pretty port of a handheld game. Although FINAL FANTASY TYPE-0 HD didn’t allow Square-Enix to climb out of the hole they dug themselves into several years ago, it has allowed them to start digging out a new path for themselves. Only time will tell if they can keep and exceed this momentum.