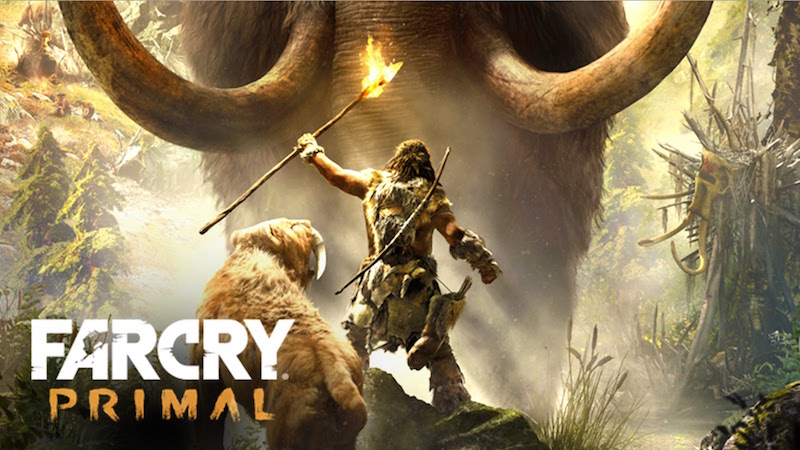 Ubisoft Montreal has announced FAR CRY PRIMAL for release on PS4 and XBOX ONE on February 23rd 2016. A PC release will follow shortly after in March 2016. It’s an open-world action adventure game set in 10,000 BC where Mammoths and Sabertooth Tigers rule the land. Check out the announcement trailer below.

You can check out our review for FAR CRY 4 to learn a little bit about why this franchise is so amazing. While not a numbered sequel, PRIMAL looks to be just as grand as the other installments promising all the adventuring, crafting, hunting, and excitement fans of the series have come to expect. I was surprised to hear this game was in development AND has a release date just around the corner. It is a most welcome surprise, and you can bet your Yeti-hunting ass I’ll be onboard. Here’s hoping for a more fleshed out multiplayer experience.