EXTRATERRESTRIAL Trailer: A bad day for a hangover 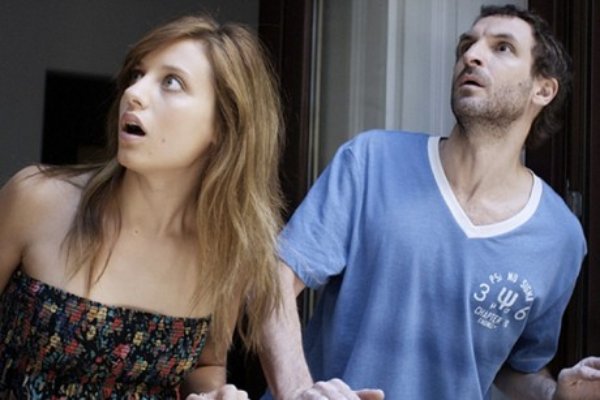 EXTRATERRESTRIAL is the sophomore effort of Spanish writer/director Nacho Vigalondo whose time travel thriller debut (TIMECRIMES) created much buzz amongst the sci fi leaning internet nerds with its tight story and logic-bending plot (it played with the time travel paradox). Now Nacho, (I love that name) is back with another unique take on a familiar genre.  The official synopsis:

When strangers Julio and Julia wake up together, groggy and hung-over from the night before, the last thing they are expecting is to discover that an alien invasion has taken place. In Extraterrestrial, Nacho Vigalondo melds science fiction, romance and black comedy in his latest feature about the darkly fascinating aspects of the human psyche.

I’ve got to say that this trailer for EXTRATERRESTRIAL has my attention. After having seen Timecrimes I was curious to see what Vigalondo would do next. It was clear that he had interesting ideas and an unabashed approach to sci fi (nerds rejoice). This trailer shows a story playing off familiar tropes –boy meets girl, boy really digs girl but there’s an insurmountable obstacle– but Vigalondo adds a nice layer of intrigue with the alien invasion element (is it even that? Just enough is teased). The trailer shown consists of only what is necessary to pique interest without revealing any of the plot or even the film’s tone. I wouldn’t be surprised if the movie turned out to be a farce, dark romantic comedy, horror or even a drama. I won’t be waiting much longer to find out.

EXTRATERRESTRIAL is now playing in select US cities and available on VOD.