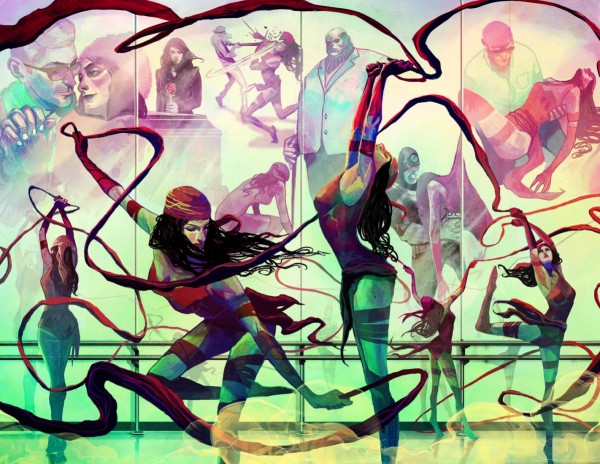 I grew up in New Jersey and then I moved to San Francisco.  My parents treated me like an angel. I remember once, I had to get 8 needles shot into my big toe… That’s pretty tragic, right? Oh!  I once got engaged and then we consciously uncoupled.  Those are a few of the struggles I’ve had to overcome in my life. I think it’s fair to say that Elektra ‘Nacho’ Nacthios’ life is tragic and complicated in a way that is beyond my comprehension. So complicated, in fact, that I can’t even begin to tell you everything about it.  I know her character jumps from the DAREDEVIL books, to the THUNDERBOLTS, to her own series, more often than a Wolverine on a Sunday morning. She’s been murdered, revived, brainwashed, manipulated and back-stabbed more times than I can count.  She’s a ninja.  She’s a hero? A villain? A murderer.  First and foremost,  she’s an assassin.

Before I move forward with the meat and bones of this book, I feel that I need to immediately bring up the exquisite art work of Michael Del Mundo. As soon as you open the book, you know you are in for a rare visual treat.  The tormented upbringing of Elektra is reflected so beautifully by Michael Del Mundo’s imagery.  In one of the first few pages, you get this outstanding two page spread that perfectly encapsulates the craziness of Elektra’s life. It’s complicated and easy to follow. It’s beautiful and soulful.  You sympathize with her torment and revel in each bloody brushstroke.

I find it interesting that Marvel decided to relaunch ELEKTRA around the same time that they decided to relaunch DAREDEVIL.  Considering how intertwined their fates seem to be. I’m not complaining because I’m a big fan of any story that takes the main character out of the creative rut they’ve fallen into and attempts to re-establish them in a different location and lifestyle. At one point, Elektra refers to New York as a ‘cage.’  I find this comment to be a little bit more layered than perhaps was intended.  (Must every Marvel book take place in New York?) Elektra premiered as such a strong female character and slowly became a character that was defined by the relationships in her life.  Whether it be to her love Matt Murdock, her villain Bullseye, or to the manipulator Wilson Fisk.  This book boldly declares that Elektra will define her own path and it will be bloody.

Okay, how is this book not flagged as ‘mature?’  Blood paints almost every panel. The book is intense and fast paced. W. Haden Blackman seems to truly understand who Frank Miller invented all those years ago and this book is clearly an attempt to bring the character back to her roots.  Elektra is an assassin and is so by her own choice.  This book is compelling and the art is just so gosh darn outstanding! I really can’t say enough about Michael Del Mundo’s art.  There’s a scene with an assassin cutting through SHIELD agents in a swamp and it’s damn near close to one of the coolest panels I have ever seen. I doubt anyone who took a few quick flips through this book was able to actually pass it up. This is definitely on the short list of new books that I will continue to pick up. Considering that this book ends with Elektra skydiving into the heart of Monster Island, should be enough incentive for you to give this book a try. 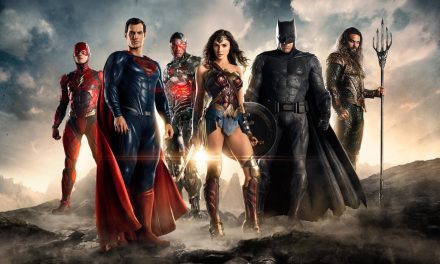 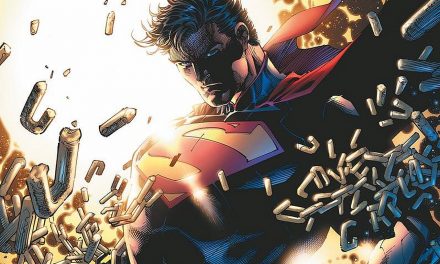 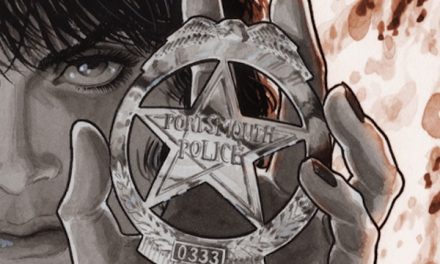 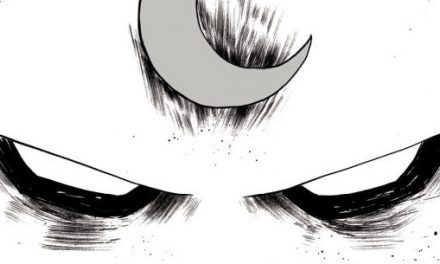