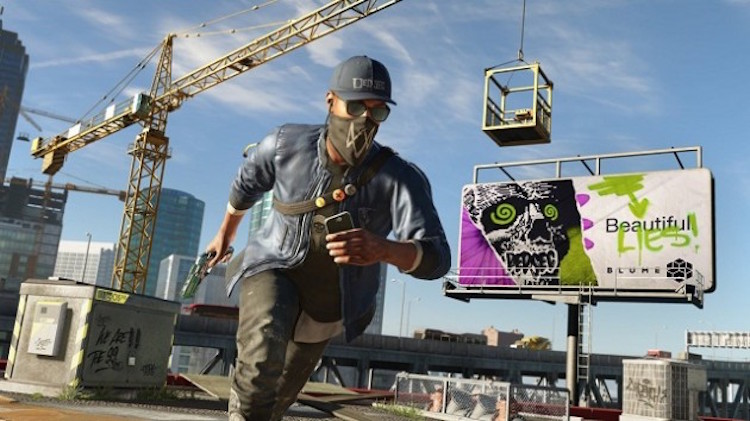 Once we trudged through the bullshit intro kind of showcasing JUST DANCE 2017, we got to the games. First up was GHOST RECON WILDLANDS which really made up the majority of this presentation. And really, to be honest, the game just looks ok. Yet another adrenaline-fueled open world third-person action game. Meh. Ok, the demo was pretty cool, but I’m just not sold here in a world full of SKRIM, THE WITCHER 3, GTA V, FALLOUT 4, and so on. I barely have time to play those huge ass games and they are all at the top of my “must-play first” list. So yeah, as cool as WILDLANDS may be, realistically, I just don’t have time to play it when it releases March 7th 2017.

Up next was SOUTH PARK: THE FRACTURED BUT WHOLE which puts a superhero spin on the series after the last installments (THE STICK OF TRUTH) fantasy setting. The demo they showed off and the trailer had me laughing out loud and this is sure to be a fun ass game when it arrives December 6th 2016.

We then revisit THE DIVISION getting more info on the soon to be released UNDERGROUND DLC landing on June 6th 2016 on XBOX ONE and PC with the PS4 version later on August 8th 2016.We also get a sneak peak at a new expansion called Survival where players battle the elements as well as one another in randomly generated scenarios. Looks pretty fun if you are into THE DIVISION.

Virtual Reality (VR) is all the rage right now and Ubisoft showed off EAGLEFLIGHT VR which puts you in the role of an Eagle in a very painterly landscape where animals and nature are reclaiming the landscape. The demo they showed was a capture the flag mode where players had to grab a rabbit and drop it in their nest safely as the other team shot at them and chased them around. Looks more like a fun test demo for VR rather than a full fledged game. Another VR game showcased was STAR TREK: BRIDGE CREW which put’s you on a team on the Star Deck of a ship having to work together. It really did look like an awesome experience for STAR TREK fans even though it appeared to be a little rough around the edges visually. Engage!

FOR HONOR was up next which we have seen a lot of before. I even had a chance to play it at last year’s PLAYSTATION EXPERIENCE and it was solid back then and looked even better now. Samurai’s, Viking’s, and Knight’s slaughtering each other? Yes please. The game looked better than ever and will likely be a killer experience when it launches February 14th 2017.

And of course the biggest and baddest game Ubisoft has right now is WATCH DOGS 2. We got a lengthy gameplay demo from the streets of San Francisco showing off all the fun things you can do in this new playground. Highjacking cars, disruption transmissions, manipulating traffic lights, stealing data, and running for your life when you get caught are the name of the game here and it all looks pretty exciting. Yes, we have way too many open world games in the market today, but this one looks different enough to give a shot. The game releases on November 15th 2016.

And finally a new IP was introduced called STEEP. It’s yet another open-world game that adds an extreme sports angle to the mix for something a little different. Basically, you have free range access to a huge mountain and can decide to get extreme and glide or slide your way down, or seek out beautiful locations to soak in the sights. I like the balance between extreme and calm this game offers and it does look beautiful. It may not be my cup of tea, but I can appreciate the creativity here nonetheless. It’s due out in December.

So nothing too surprising here, but it was solid overall. And I’m happy that no new ASSASSIN’s CREED was announced since I am so very tired of that franchise. I’m a little bummed that no new PRINCE OF PERSIA was announced, and I would love a proper BLOOD DRAGON sequel, but in the end it was a strong showing with a few choice games on the horizon.

Check out Ubisoft’s Press Conference in full below: