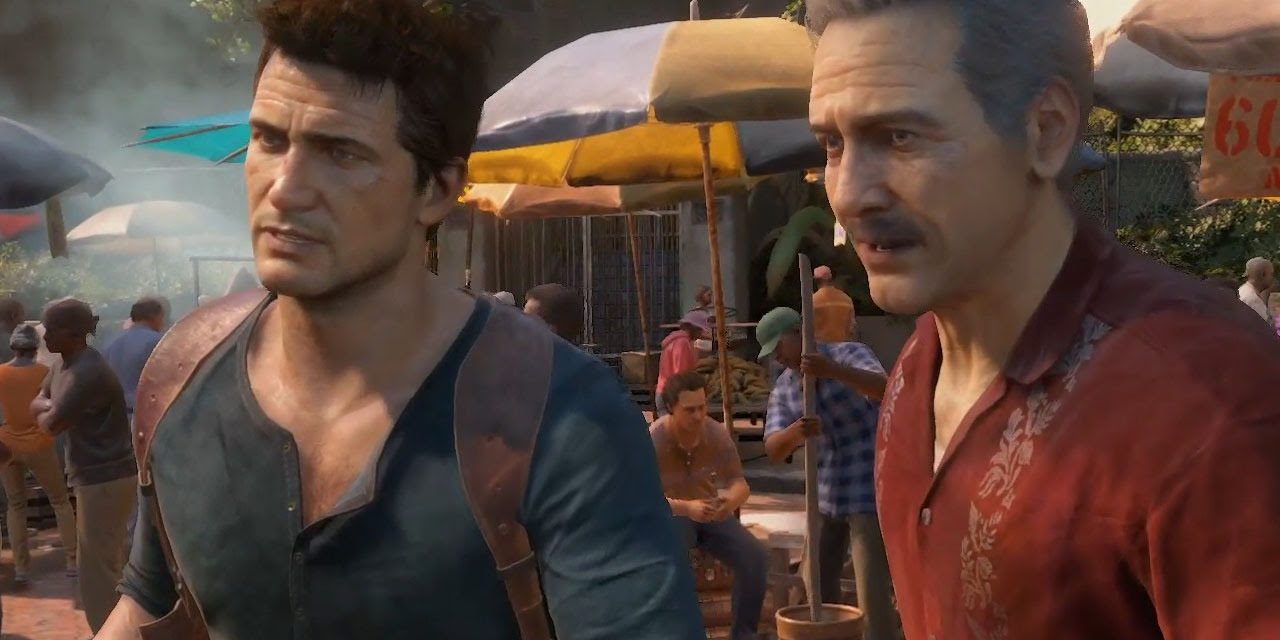 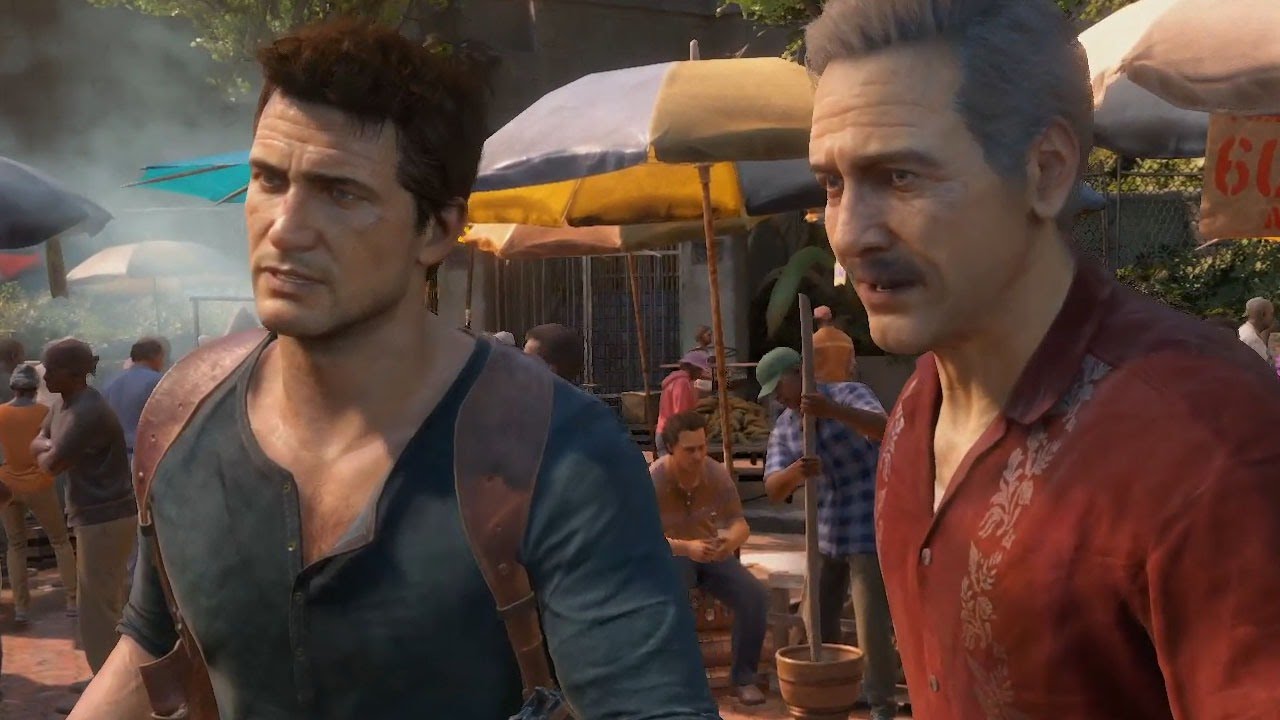 After a day of long press conferences from most of the other major game publishers, Sony finished the day off with a bang. They didn’t start their presser off with just any game. They started things off with THE LAST GUARDIAN. Yeah, it actually exists and appeared in a lengthy demo. It appears to be a visually stylish puzzle/platformer where you’re co-navigating the terrain as both a young boy and the large bird/dog/cat creature. Puzzles seem to task you with knowing where to send the creature that can allow the boy to cross large areas while the boy has to remove barriers that block the creature from progressing. It’s sure to be a heartbreaking game where the creature dies and we all get pissed at Ueda for ever making such a game. It has a 2016 release date.

Next up, Guerilla Games, famous for the KILLZONE franchise, showed off a new IP which is nice for them. The game is called HORIZON: ZERO DAWN, and features a female protagonist in a post-apocalyptic world overrun by mechanical monsters that must be hunted to survive. The game is very beautiful visually and has a nice style to it, reminiscent of ENSLAVED: ODYSSEY TO THE WEST. The game seemed reminiscent of Native American culture in places and your main weapon in the game seems to be a bow with many types of arrows to be used in combat. Enemies appear varied in size and the way you fight each seems unique. It was a nice surprise and an interesting new IP to look out for.

Following these two large announcements, Square Enix showed off a short trailer for a new game in the HITMAN franchise which was followed closely by a new trailer for STREET FIGHTER V from Capcom. This game being a Playstation 4 exclusive, it’s being pushed heavily by Sony. The visuals are a nice upgrade to the style from STREET FIGHTER IV and the combat is as stylish as always. The characters Birdie and Cammy, my personal favorite, were both confirmed for the game and a beta is coming to Playstation on July 23.

NO MAN’S SKY was the next game that Sony showed off and they went purely with gameplay which was nice. I feel like we’ve seen so much of this game at this point that there truly isn’t a lot that is being shown that feels new. You can join in space battles, zoom around the galaxy and land on any planet you can see. The scope of the galaxy truly is massive and it’s no exaggeration to say that nobody could possibly explore every planet in the game. It’s an incredible achievement and they ended by noting a release date will be coming soon.

Media Molecule fired up their new IP next and dear lord, it’s a strange one. The game is called DREAMS and it’s about… Umm, I’m not really sure. The developer explained the game as exploring and experiencing the dreams of others and uploading your own dreams for others to explore. So it seems like it’s still a game that allows you to create your own content and share it with people everywhere, ala the crux of LITTLE BIG PLANET. The game really is gorgeous and looks like “a moving painting.” I’d say visually it has a chance to stand out more than any game this E3. It’s very strange and not really understandable with the short amount of time it was shown. The developer explained that it takes time to realize what it’s all about but I really couldn’t give you a single clue what the gameplay is like. Hopefully that is better explained this fall at the Video Game Awards. 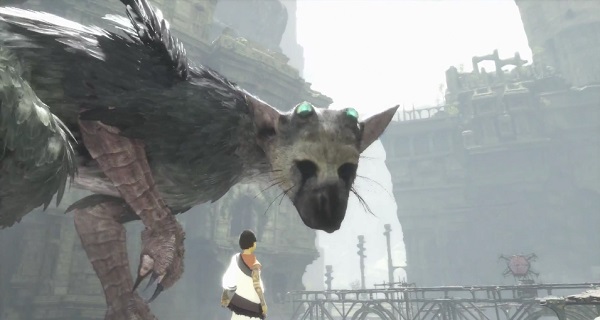 Next up was Campo Santo’s upcoming game FIREWATCH. The game has a nice, colorful tone to the world as well as to its humor. The connection between the main character and the woman on the radio seems really interesting and the game appears to have the potential for some levels of horror, or at the very least mystery. It was one that left me curious during its short time on stage.

DESTINY, that little game that endlessly receives DLC was shown next and THE TAKEN KING expansion pack was detailed. The expansion seems to adding new variations to the classes in the game, new supers, new weapons and missions and a new multiplayer map as well. It’s tough to say how this expansion will compare with the ones released so far but by most accounts DESTINY improved drastically with the most recent expansion. Hopefully Bungie can continue that trend this time around.

Everyone was given their yearly dose of assassinations with a new trailer for ASSASSIN’S CREED: SYNDICATE, showing off gameplay of Evie Frye, the sister and co-protagonist of the game. It’s nice that Ubisoft is making an attempt to change some of their past mistakes with female protagonists, though it does feel more like a half measure than anything. There was an exclusive Dreadful Crimes mission pack that was announced as only on Playstation to end the trailer.

Sony then showed off a new title called WORLD OF FINAL FANTASY. The game has a really cutesy visual style, looks to star a young boy and girl, and features a turn-based battle system. The game is coming exclusively on Playstation 4 and Vita in 2016.

Everything up to this point was pretty good. THE LAST GUARDIAN rocked my world and some of the other new reveals were great, but nothing could have prepared me for this. OH SHIT. FINAL FANTASY VII REMAKE. HELL HAS LITERALLY FROZEN OVER. I don’t even know what to say. It looks incredible. That classic music playing in the background and the steampunk visuals draw a clear resemblance to what you remember from the original game. The entire speech in the trailer is a clear nod to all of the fans that wanted the remake for so long as well. Square Enix has finally listened and it’s going to be a wonder to see this game finally come back. Seeing Barrett and Cloud walking through the dilapidated streets of Midgar brought back some good memories. The game is coming first to Playstation 4. The entire crowd lost their minds. 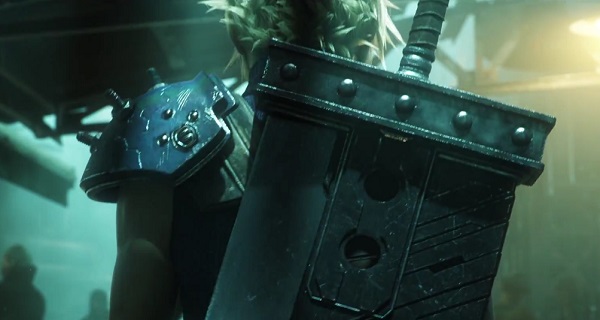 After the bombshell news that FINAL FANTASY VII was being fully remade on modern hardware I didn’t think I could possibly pee my pants any more. It turns out I was completely wrong, because next SHENMUE 3, a game that absolutely NOBODY thought would ever get made, was announced as a Kickstarter. I genuinely cannot believe it is a real thing. To think that gamers will be able to finish the story that started 16 years ago is incredible. As of typing the game has earned over half of the two million dollars it needs to be funded and shows no sign of slowing down soon. The game is intended for PC and PS4 with a tentative release date of December 2017.

Next up we took a break from the insanity that was those two major announcements. We got a small gameplay trailer of BATMAN: ARKHAM KNIGHT. The Joker was shown being cremated, possibly hinting that he actually isn’t going to be dead? Then a first person segment is shown where you’re a cop. He’s beaten by a lackey of Scarecrow and undergoes a trippy sequence where creatures are attacking people in a restaurant. There’s a pretty brutal shooting segment and I can see why this game got the M rating over the past three T ratings. ARKHAM KNIGHT will be out in a week so it won’t be long before we see what all the fuss is about.

CALL OF DUTY: BLACK OPS III came next, with a trailer focusing on the co-op campaign where you choose your load outs before missions begin. The game is visually nice but lacks much substance. The gameplay is mostly typical if you’re used to CALL OF DUTY though there are a lot of futuristic enhancements that make the game more reminiscent of something like HALO. Multiplayer was shown off next and it looked very fast paced, with the special futuristic abilities making things much more interesting than they typically are. Sony made a big move by taking the DLC first release away from Microsoft so we’ll see how that affects sales of the games on each console. Black Ops III beta exclusively on Playstation.

Next up was some joint Star Wars news with DISNEY INFINITY 3.0 and STAR WARS BATTLEFRONT. It started with news of an INFINITY playset, Rise Against the Embire, being released early on Playstation, in addition to a Boba Fett figure. BATTLEFRONT gameplay was shown and it was as visually impressive as any DICE game ever is. The mission structure seems rather basic which is a shame but most people will be buying the game for the multiplayer experience so it shouldn’t impact the game too much.

Sony closed out the press conference with a gameplay demo of UNCHARTED 4: A THIEF’S END. At first I thought it was kind of a boring title to end on because it is already so well-known but Naughty Dog really pulled it out as usual. Visually the game is very impressive and the combat looks familiar to those that have played previous UNCHARTED games. There was a really nice animation of Nate jumping down on an enemy and taking his gun as it bounces up in one quick motion. The demo really took off once it turned into a car chase though. There was a lot of variety in what path you could take and really made it feel like it wasn’t an on-rails sequence. The demo ended up being pretty great and actually got me excited about UNCHARTED again. The wait for this one in 2016 is going to feel long.

At the end of the day, Sony did a really nice job showing off lots of games that look promising. Their biggest issue this E3 was the lack of exclusives coming out this year. Looking at the upcoming holiday season there truly aren’t any big games coming that Sony can rely on. But if this year is just to keep me excited for next year and beyond, that’s certainly what Sony has done. Because it’s going to be very hard keeping myself from talking about THE LAST GUARDIAN, FINAL FANTASY VII and SHENMUE III constantly until those games release.