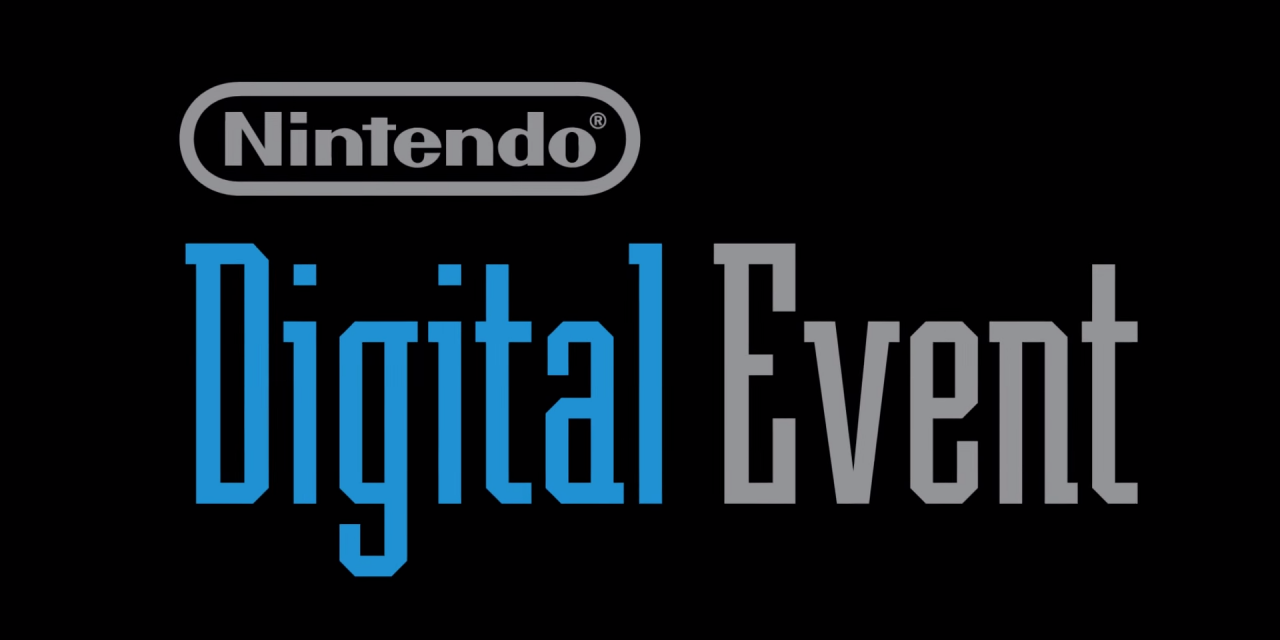 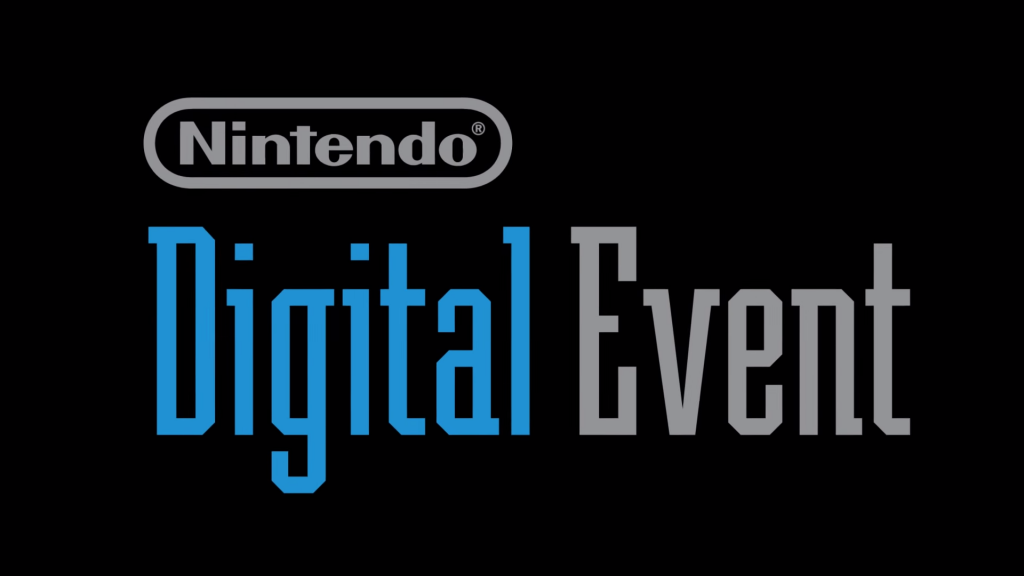 I wouldn’t go as far as saying I’m a “Nintendo Fan Boy”, but dammit I do love me some good old fashion Nintendo games! The company has always been great at doing what they want to do and have made it perfectly clear that they are not in heated competition with the likes of Sony and Microsoft. And I respect that approach. That, and I am pretty obsessed with anything THE LEGEND OF ZELDA related and always look forward to what’s in store next for my little green-clothed elf. This year’s Electronic Entertainment Expo (E3) definitely gave me more than a few things to look forward to including 3 titles either starring or featuring Link!

Speaking of Nintendo doing things differently, this year (like last year), Nintendo decided to give audiences a 45 minute video in the spirit of their “Nintendo Direct” online presentations rather than have a press conference proper. It was labeled as a “digital event” and in my opinion was a pretty great success. After we get through a longish intro (admittedly pretty hilarious), we dive straight into the games! Here’s a rundown of what we get along with my initial thoughts.

Nintendo wastes no time giving us what we all want; news regarding SUPER SMASH BROS. both for the 3DS and Wii U. What we saw here was pretty standard stuff for those familiar with the franchise with a few surprises thrown about for good measure. Firstly, there was a heavy emphasis on Mii’s (your user-created Nintendo avatar) as playable characters. While this is kinda cool, I’m not really into it and it feels a bit generic. I think it’s cool they are somewhat customizable and that they will have a varied set of choosable (am I making up words!?) moves, but again, I’m just not that impressed with Mii’s joining the battle. We also learn that SUPER SMASH BROS. will be available “Holiday 2014”. Hmm, vague. There was less info on the 3DS version and they briefly showed us a glance at what the current build looks like along with a firm release date of October 3rd 2014. Cool.

Near the end of the SUPER SMASH BROS. presentation we were shown Nintendo’s new “ace in the hole” in the form of “Amiibo” which is Nintendo’s version of the popular DISNEY INFINITY and SKYLANDER games that have players using toys to interact with their gaming experiences. Each toy has a digital memory that can track progress and add fun elements to the game that are unique to the users appearance. My 31 year old ass is about as excited for this as I am about buying a SKYLANDERS toy. For those of you who don’t pickup on dry humor, I’m 0% excited for this.

Moving on we get a sweet look at a few unique and creative titles that just gush with Nintendo fan service in the form of YOSHI’S WOOLLY WORLD and CAPTAIN TOAD: TREASURE TRACKER both for the Wii U. YOSHI”S WW looks to borrow heavily from KIRBY’S EPIC YARN (obvious comparison I know) featuring a 2D mechanic and cute as a button imagery. A 2-player component was displayed that looked really fun and fleshed out. It’s obvious that a lot of care is going into this game as we near it’s mysterious 2015 release date. CAPTAIN TOAD on the other hand was a sweet surprise for me and looks wonderful! It’s a 3Dish style game in the vein of SUPER MARIO 3D WORLD big boss battles included! And finally Toad gets his very own game! This is a big deal for longtime Nintendo fans. Simply put, this game looks great and really far along. A Holiday 2014 release window means we will be getting our hands on this puppy sooner than later.

Then the moment I (and likely you) were waiting for was here! Information on the new THE LEGEND OF ZELDA game is here! But before you get your Hylian undies in a twist, let me warn you that not a lot of new info was shared. Basically what happened was Nintendo revealed the game would have a massive overworld (think SKYRIM), be very colorful in the vein of SKYWARD SWORD, and would have big boss encounters out in the open. We see a bit of a scripted battle with a spider-looking creature as Link (in un-iconic garb) does battle! Sure it looked cool as shit, but really wasn’t much to chew on. It’s like a picture of delicious looking food in a crappy diner menu. Sure it may end up being great, but it could still potentially suck. While I have high hopes for this one, I just don’t know what’s coming in 2015.

Once my heart rate levels off, we are treated to the newest Pokemon games titled POKEMON: OMEGA RUBY and POKEMON: ALPHA SAPPHIRE for the 3DS. I know a lot of you go bananas over these games, but they all just look the same to me. SUre they look slick if you’re into this kinda thing, but I’m not. Fans of the franchise surely know what to expect here. Both versions are due out November 21st 2014 just in time for the holiday onslaught.

A quick glimpse of the Nintendo-exclusive BAYONETTA 2 assaults our senses as we learn that not only will that game ship in October 2014, but that it will also come packed with the original BAYONETTA for no extra cost. Pretty great, and I highly recommend playing the first when you get the chance.

Surprisingly we got a very solid look at HYRULE WARRIORS for the Wii U next. For those not in-the-know, HYRULE WARRIORS is a third-person action game in the vein of the DYNASTY WARRIORS franchise using popular characters and settings from the THE LEGEND OF ZELDA series. Yes please! We now know that Link, Zelda, Midna, and Impa are playable characters, there is a cool 2-player mode, and that epic boss battles will be a major focus. The game looked a lot more polished than the last time we saw it, and we get a solid release date of September 26th 2014. Wow! I have to admit, this game looks awesome and I’m finally looking forward to it all.

Next we see short glimpses of KIRBY AND THE RAINBOW CURSE which is a 2D sequel to CANVAS CURSE for the Wii U utilizing the game pad and XENOBLADE CHRONICLES X which is another entry in the popular series. Both games are headed to the Wii U with a 2015 release window. Looks like Nintendo is just letting us know these games exist.

Following is a charming little game called MARIO MAKER which is pretty much just that. It’s a game that let’s you build your own 2D style Mario games and do all kinds of wacky things. It looked very user friendly and entertaining. You can choose to go the old-school or new-school route for level design, and the whole concept had a “it’s about time” vibe to it all. The game also came with a 2015 release window suggesting there is still a lot of development time left on this one.

And last, but definitely not least was a wildly imaginative game in the form of SPLATOON. This is a cute 3D third-person arena-style game that stars a group of squid/human hybrids that shoot ink guns at one other as they completely cover the area! The point of this game is to do battle with an opposing team (4 on 4) whilst covering the area with your team’s ink color and splatter the majority of the playing field. The trick is that you can swim through your ink in squid form (opposing team ink slows you down) and shoot ink in human form. The test footage shown delved into all the creative possibilities this game will offer and I was left very impressed. It was fresh, exciting, and extremely charming. This new title hit my radar hard and I can wait to see and learn more as we approach the vague 2015 release window. A pleasant surprise.

And the cherry on top was a nice little announcement that Palutena from the KID ICARUS series will make her first ever appearance as a fighter in the new SUPER SMASH BROS. game. A welcome (yet uninspired) addition to the massively growing roster.

All in all, I’d say there is a whole hell of a lot to look forward to for Nintendo fans in the near and distant future. And while I would have liked to see more from the next THE LEGEND OF ZELDA game proper, I can’t really complain seeing how HYRULE WARRIORS is just around the corner with SUPER SMASH BROS. for both 3DS and Wii U close behind. It’s a good time to be a Nintendo fan!

You can check out Nintendo’s full “Digital Event” Below. It’s about 45 minutes long if you’re interested.