DC’s INJUSTICE: GODS AMONG US Video Game Gets a Prequel Comic Book Series 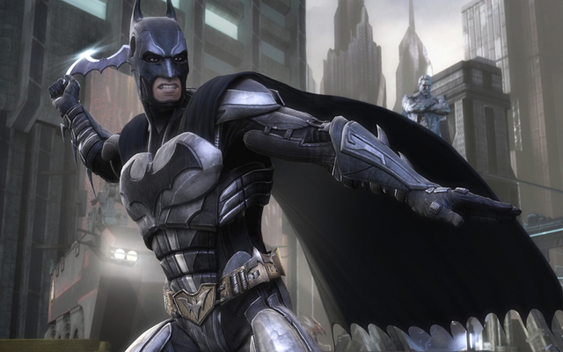 For those of you out of the loop, DC Comics and video game studio NetherRealm (MORTAL KOMBAT) have teamed up to create the ultimate fighting game using DC’s famous roster (Superman, Batman, yadda yadda yadda) titled INJUSTICE: GODS AMONG US. Back in September at the Tokyo Game Show we got a great look at what to expect with a full trailer for INJUSTICE: GODS AMONG US. Now, as the game’s release date nears, fans can expect a full-blown comic book mini-series chronicling the events leading up to the massive battle!

Beginning this week, DC will be releasing 10 pages at a time once a week (every Tuesday thereafter) for .99 cents on the DC Comics App. store. Then, at the end of each month, you will be able to buy a print version (yes please!) collecting all the pages released up until that point. All said and done, 3 print comics will be released before the game’s debut in April 2013. It is said that the comic series is set 5 years before the events of the game and will explain just why all these heroes and villains are caught up in a battle royale with one another! It is worth noting that the story does NOT take place in the current DC Universe, and is not considered canon. This one is just for fun kids and I’m just fine with that! Leaves much more room for drama and creativity!

Here is a release schedule for the print issues for those of you not in the digital loop just yet: