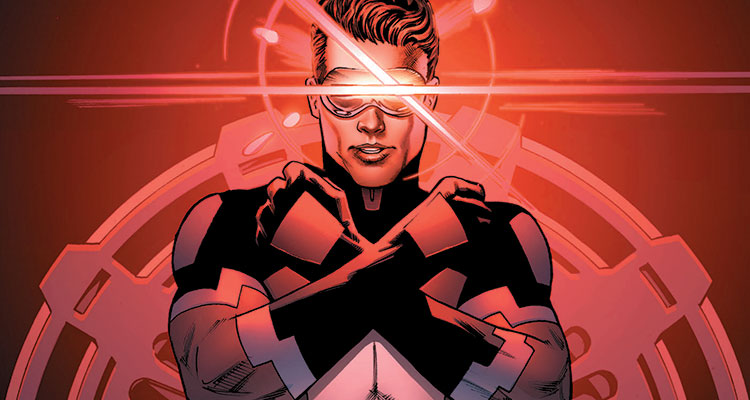 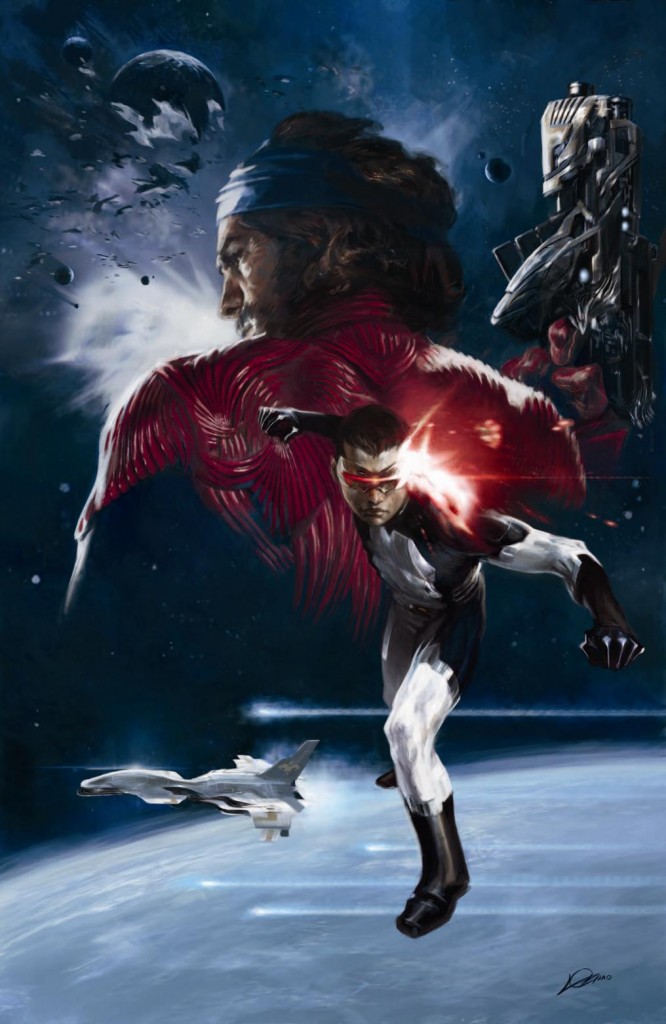 I can say with 100% confidence that I am one of Cyclops’ #1 fans! I grew up adoring him in the comics, marveled at his awesomeness in the 90’s Fox cartoon, and he was always my #1 choice when my friends and I busted out the Marvel action figures to play! And for some reason, liking him so much has made me a target for ridicule and confusion. “He’s such a square.”, “you like HIM, but why?”, and “He’s just an uptight asshole.” where among the many words spewed my way growing up. And yes, all those diehard Wolverine-lovers out there (you know who you are!) constantly beat me up and stole my lunch money. Maybe. My point is, Cyclops is the coolest Marvel character I know and it is a dream come true to finally have his own on-going comic book series to look forward to each month. Joy!

So for those of you out of the comic book loop, this series is kind of hard to explain to people. So I’ll give it a shot. The Cyclops featured in CYCLOPS isn’t really the Cyclops we all know and love from the current Marvel timeline. Instead he is the Cyclops ripped from the pages of the current ALL-NEW X-MEN run that features the original X-Men in all their 16-year old glory being thrust into the current day timeline alongside the current team of adult X-Men. And it’s all Beast’s fault! Anyways, the young X-Men bounce around and struggle with their new timeline in about 25 or so issues of ALL-NEW X-MEN before the young Cyclops decides to leave the team and go hang out with his father who he thought was dead! Phew, I hope you’re still with me here. So basically, the young 16-year old version of Cyclops, leaves the battle on Earth and decides to go get to know his space-pirate of a father Corsair in the depths of space. Sounds like a great sitcom, right!?

Ok, so this may not be the CYCLOPS book I’ve been dreaming about for years, but it’s damn close and it’s damn cool! I mean really cool! Writer Greg Rucka is really delivering a solid space adventure about a father and son who never had the chance to get to know one another. And the cherry on top is that it takes place in space, features a hardcore sci-fi landscape, is full of crazy cool characters and crafts, and it’s all just so wonderfully weird. Corsair is a dashing space pirate in charge of a cool crew of characters and he has a hot cat/skunk girlfriend named Hepzibah. In this first issue, we see Scott (Cyclops) trying to fit in with this motley crew of characters as he navigates his role and is just trying to fit in and soak up where his life has lead him. One must remember, just a few weeks ago in his time, he was a fresh new X-Man. Now he is in the future with his dad on a space adventure surrounded by alien creatures who all bring back memories of some of the toys I owned back in the 90’s!

This first issue is jam packed with action and intrigue. I was sucked in right off the bat. And the art by Russell Dauterman is stellar and really compliments everything that’s going on. The first page of this issue catches the reader up an all the action through a creative story montage spread across young Scott’s face. This immediately showed me that we were going to have a fun and creative artist on board and I hope he sticks around for awhile.

While CYCLOPS #1 isn’t everything I hoped it would be, it’s a damn fun book well worth your time and money. The writing is spot on and evenly paces what could be an overwhelming tale. The art not only compliments the story but brings it to new heights, and the entire book reads quickly since it was so much fun. The hardcore space setting is right up my alley, the cast is full of wonderful and interesting characters, the aliens and supporting crew are way cool, and the spacecrafts and weapons are really fun. I also really enjoy the father/son dynamic going on here. Corsair is the best at everything he does and Scott really looks up to him…and now he has to be a father which he may not be so good at. As the final pages of this book unfold, we see young Scott and father Corsair setting off on a space road trip of sorts in a spacecraft just big enough for the two of them. Oh man, this is going to be a fun book.