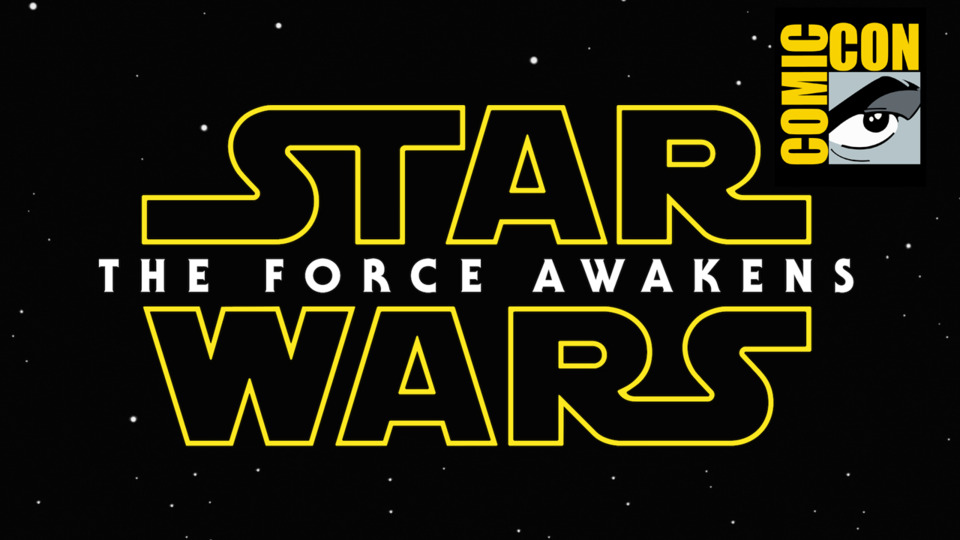 Ok ok, let’s get the first question out of the way. No, there was no full-length trailer released today during the Lucasfilm panel at the San Diego Comic Con…buuuuuuttttt a lot of cool details did emerge about both STAR WARS EPISODE VII: THE FORCE AWAKENS and the first “Anthology” film ROGUE ONE. First, let’s take a look at the 3+ minute behind the scenes production video that Lucasfilm released on their website shortly after the presentation:

Thankfully, the main focus in this highlight reel reinforced that there is a healthy balance in computer animated effects and practical effects and puppetry. And even though we get it and already know this, it was nice seeing it front and center in this video. Damn, the special features on the inevitable blu-ray are going to be epic.

Besides getting a cool look at the main characters and sets, a few notable inclusions were Admiral Ackbar and Nien Nunb masks (!), Simon Pegg as an unidentified character (likely behind a mask of some sort), and getting a great look at a crashed Tie Fighter. The best moment for me what when Luke Skywalker himself Mark Hamill said:

“To see the way technology has evolved, and yet, keeping one foot in the pre-digital world.”

The majority of the cast including the big stars took center stage, Domhnall Gleeson’s character was revealed to be the villainous General Hux stationed at “Starkiller Base” (!?), and ROGUE ONE will begin shooting in just 3 weeks. Expect tons of details surrounding that film in the coming months.

So while no big trailer or any actual footage was shown, it was a pleasant panel full of love, excitement, and nostalgia for the greatest movie franchise of all time.