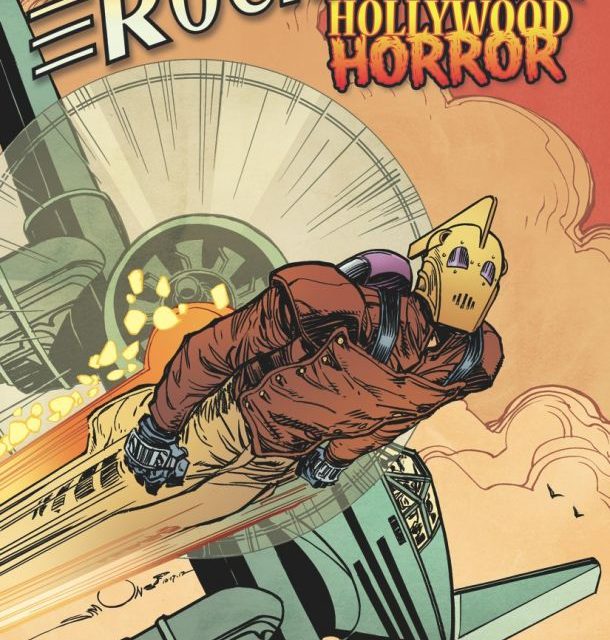 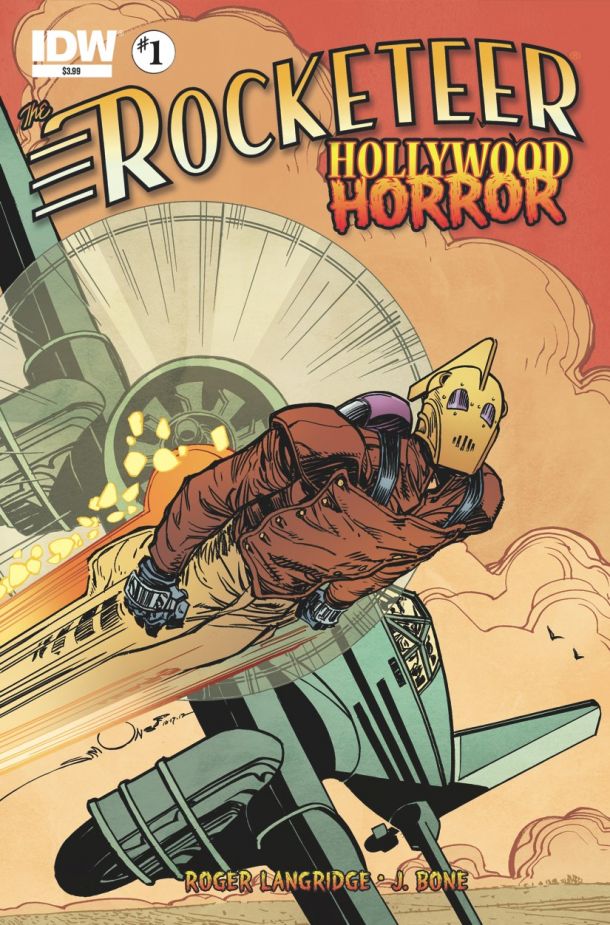 Next week sees the end of Mark Waid and Chris Samnee’s run on The Rocketeer franchise with the fourth and final issue of THE ROCKETEER: CARGO OF DOOM. Fans wondering what’s next for our favorite “accidental hero” Cliff Seacord need not worry because some bold new adventures are on the horizon. Issue #1 of a new miniseries titled THE ROCKETEER: HOLLYWOOD HORROR will hit store shelves this February and will feature stories written by Roger Langridge with art by J. Bone. Additionally there will be cover art by Walt Simonson. Here is a brief synopsis for the project:

Written by Roger Langridge, with art by J. Bone (Batman/The Spirit), The Rocketeer: Hollywood Horror! finds Cliff Secord, Dave Stevens’ pulp-style hero, in the “picturesque heart of Hollywood’s golden age,” up to his jetpack-and-helmet in a hardboiled mystery.  Adding to the intrigue is his girlfriend Betty, who, of course, is mad at him.

Sounds like a fun project to me. I have always been a fan of the live-action movie and definitely like seeing the franchise return to its comic book roots courtesy of IDW Publishing.

In case you missed the last miniseries from IDW (CARGO OF DOOM), you can look forward to a hardcover collection featuring all four issues to jet pack into store shelves this February as well. You should also head on over to comicsalliance.com to check out an exclusive interview with HOLLYWOOD HORROR creators and get a peak at some cool art for the project.

In the San Francisco area looking for your next THE ROCKETEER comic book fix? If so, Check out MISSION: COMICS & ART. They’ve got you covered!