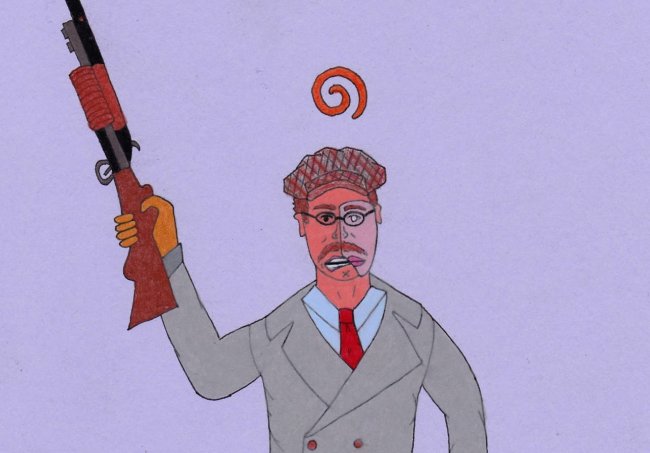 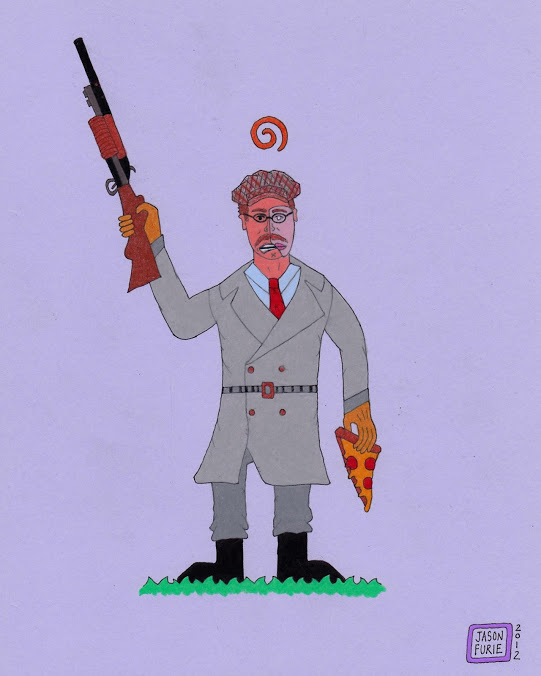 WARNING: Major spoilers ahead, do not read if you haven’t finished the fourth season and want to be surprised.

The fourth season of BOARDWALK EMPIRE has come to a close and now, being able to look back on it as a whole, it seems clear that this entire season was an endeavor to wrap up loose ends and condense characters and storylines down to a manageable number. As such, the fourth season doesn’t quite have the magic of the first three as some of the major storylines were not as engrossing, and there was no grand catharsis at the end of this season. However, there is still a great deal to like about the season: the acting continued to be top notch, the Chicago story, while not featured enough, was great and sets up exciting things for the future, and the production values continued to be outstanding.

With major characters numbering into the double digits and just as many lesser characters, its no surprise that Boardwalk Empire had become a bit convoluted, as such, it’s a relief that some long running storylines have come to a close, or at least appear to have done so. Gillian Darmody seems to have finally left the show as her romantic relationship turned out to be an undercover Pinkerton investigation into the death of the boy she killed with heroin last season. I’m not sad to see her go, however, I was very impressed with the storyline and Ron Livingston (DRINKING BUDDIES) was fantastic as Roy Phillips, the undercover Pinkerton agent. The Chalky White storyline was interesting, but it started to drag after a while and I can only hope that the resolution of it in the season finale sees both Chalky and his adversary, Valentine Narcisse, exit the show, or at least get relegated to background characters as I feel there is little new they can offer the show at this point. The Eli Thompson and son storyline started off quite interesting but then degenerated into another Eli betrays Nucky story that ended predictably. While I did enjoy Brian Geraghty (FLIGHT) as Agent Knox and felt he did a fantastic job, I was happy with the way he left the show and I’m excited that the repercussions there of have moved Eli to a different arena where something new can come from his character. Nucky, while still very much the center of the show, didn’t have too much of a storyline of his own outside of his Florida business at the beginning of the season, the rest of the time he was just dealing with fallout from other people’s actions. This made his desire to quit the bootlegging business very believable, even though you knew there was no way the story would work out that way, and kept things fresh for the character; overall I was pretty pleased with how they handled him this season. The most disappointing storyline was Richard Harrow’s, but I may be biased as he was my favorite character. The end of season 3 saw Harrow at his absolute best, and I was disappointed that they took him in a direction of remorse and retirement instead of back into the fray. Given their storyline decision, it made sense to remove him from the show, but I thought there were far more interesting things that could have been done with such a unique character and I was very sorry to see him go. By far the best storyline of the season was the Chicago one dealing with Al Capone and Nelson Van Alden. While this story wasn’t featured as much as the others, it had everything you could want out of a prohibition TV show: rival gangs, double crosses, police problems, and loads of violence. The major changes put forward make me very excited for next season and I hope that this storyline will occupy a more prominent role in the series next year. 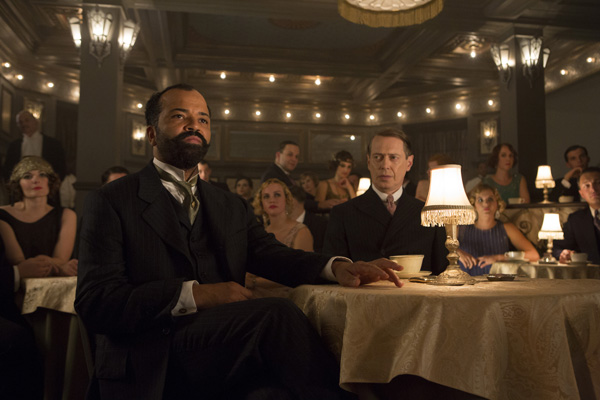 While some of the storylines were a bit lackluster this year. the production values on the show continued to live up to the high standards I have come to expect from HBO. The overall art direction of the show was fantastic; costumes, settings, music, and props are all geared toward the time period making the show feel like it really is straight out of the 1920s. The directing was suburb, with plenty of creative camera work and beautifully framed shots that kept the show visually interesting from week to week. While Boardwalk Empire remained a treat for the eyes, the suburb acting was just as indulgent as the luscious visuals.

Steve Buscemi (MONSTERS UNIVERSITY) continued to be brilliant as Nucky Thompson, the criminal overlord of Atlantic City. In four seasons I have never seen his performances be anything less than perfect; if every other character was taken off the show tomorrow, I would still tune in to watch Buscemi’s brilliance. Another favorite of mine is Michael Shannon (MAN OF STEEL) who gave his talents to Nelson Van Alden, former prohibition agent turned mob enforcer for Al Capone. Shannon has a unique acting style that is perfect for the brooding, conflicted Alden, and his performances have only got more impressive as the show has progressed. Jack Huston (KILL YOUR DARLINGS) filled the role of Richard Harrow, and his performances continued to be spellbinding, so much so that I believe he is one of the most underrated actors working today. Now that his role in the show is over, I will be sorely disappointed if he doesn’t get far more prominent film or television roles in the future. The role of Chalky White was played by Michael K. Williams (12 YEARS A SLAVE) and he did a nice job with the role, he blended Chalky’s book ignorance and street smarts into a complex character who never quite felt comfortable in his own shoes. Gretchen Mol (TV’s LIFE ON MARS) stepped into the role of Gillian Darmody, and while I didn’t feel that her role was particularly complex, she handled it with the calm confidence of a skilled actress. Eli Thompson was played by Shea Whigham (SILVER LININGS PLAYBOOK) and he continued to play the brooding, disappointed younger brother of Nucky with the reserved intensity that has been the hallmark of his career. I have seen Stephen Graham (TINKER TAILOR SOLDIER SPY) in a number of projects over the years, but as I’ve watched him in the role of Al Capone I have become far more impressed with his acting than I used to be. He has combined his boyish charm with unchecked insanity to create one of my favorite screen portrayals of the notorious Al Capone, and he’s made it look easy to boot. Kelly Macdonald (BRAVE) continued to lend her talents to Margaret Schroeder, the estranged wife of Nucky Thompson. While her role was not as big this season, she still handled the character with the charm and inner conflict that have made her one of the highlights of Boardwalk Empire. Ben Rosenfield (GREETINGS FROM TIM BUCKLEY) stepped into a larger role this year as Eli’s son Willie. He did a nice job portraying a young man torn between family expectations and personal desires and I think he has the potential to be a real force on the show. New to the show this year was Jeffrey Wright (THE HUNGER GAMES: CATCHING FIRE) who took on the role of Valentine Narcisse. Wright’s performances were fantastic and clearly demonstrated the wonderful range he has as an actor, while I am a little tired of the story he was a part of, he was always a breath of fresh air when he was on screen. Last but not least was Patricia Arquette (TV’s MEDIUM) who stepped into the role of Sally Wheet, a bar owner in Florida and Nucky’s new love interest. Wheet was one of the more interesting new characters on the show and Arquette played the character well, blending tenacity with southern charm to create a tantalizing addition to the series. While I have covered an extensive list of actors from the show, there are many supporting characters who did a great job even though they had minor roles, so while I don’t have space to cover them all, I have nothing but respect for the entire cast and the outstanding performances they consistently delivered. 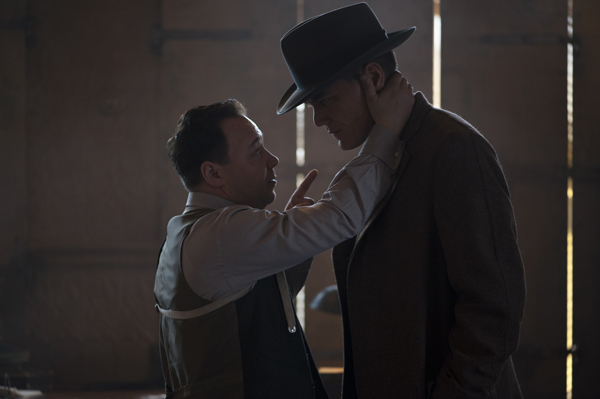 In my opinion BOARDWALK EMPIRE is still the best currently running show on television. It is visually beautiful, has fantastic directing, and I don’t know that I’ve ever seen a more talented ensemble cast. While some of the storylines left me cold this season, the overall changes have moved the show to a very exciting place and I am eager to see what HBO has in store for us with the fifth season. 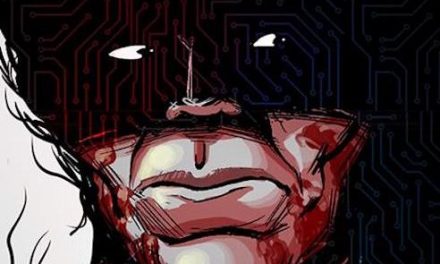 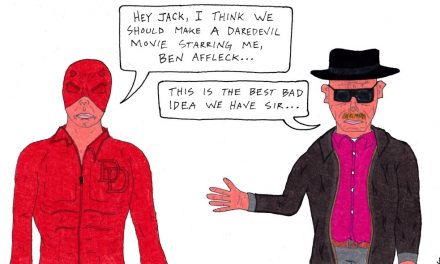 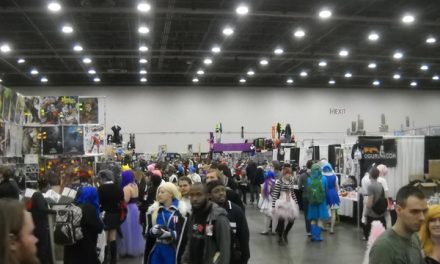 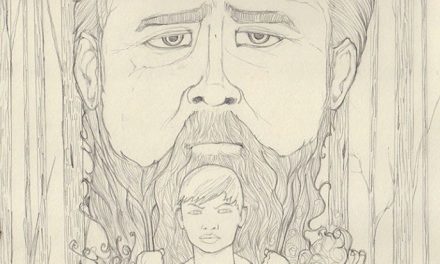