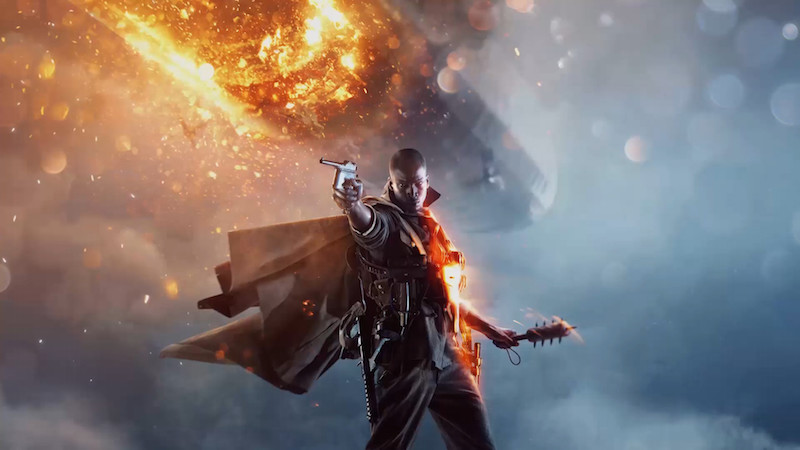 If the announcement of CALL OF DUTY: INFINITE WARFARE wasn’t enough for you, EA has just officially announced BATTLEFIELD 1 along with the trailer you see above.

This time around, things are set during World War 1 which means crude weapons, rough terrain, and dogfights! Sweet. From the look of this teaser, melee weapons are going to factor in a lot more than in previous installments. And staples such as machine guns and cool ass handguns are a given. Confirmed locations include France, Italy, and the Arabian Desert. And I saw a fair amount of horses in this teaser soon does that mean we will get to ride them into battle? Please let it be so EA. And oh yeah, the dogfights. BATTLEFIELD has vehicle combat down and it should be an absolute blast to get down and dirty in some good old fashion dogfights!