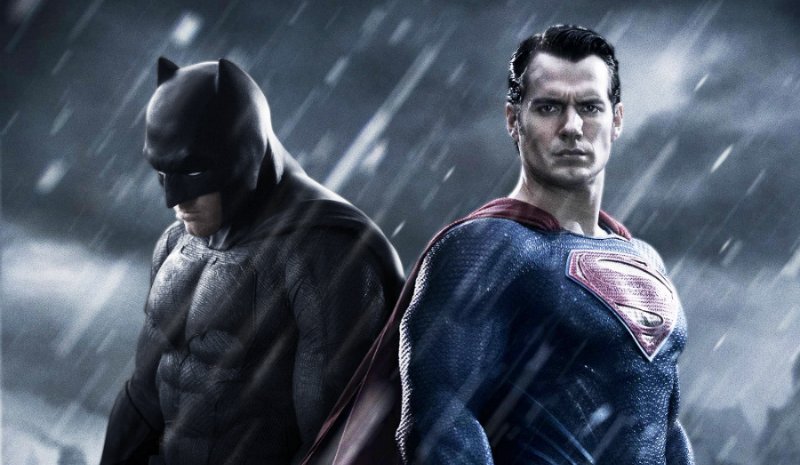 Not ones to be shown up by the galaxy far, far away this weekend, Zack Snyder & Co. decided to release the first official teaser to the massive MAN OF STEEL follow-up BATMAN V SUPERMAN: DAWN OF JUSTICE!  Check it out:

So.  Much.  Awesome.  The world seems a little divided on Superman (Henry Cavill) and with good reason given the devastation during his debut in the last movie (a plot point I’m glad they decided to build upon rather than ignore).  That shot of Batman rising out of the shadows completely won me over.  I’m not a Ben Affleck hater, so I genuinely hope that his second time around as a superhero is well-received.  He definitely looks the part of an older and more pissed-off Bruce Wayne/Batman and I love the idea of giving him a voice modulator.  It makes a lot more sense for a billionaire with gadgets to have something like that handy as opposed to just growling all of his lines like a Rottweiler (no offense, Christian Bale).