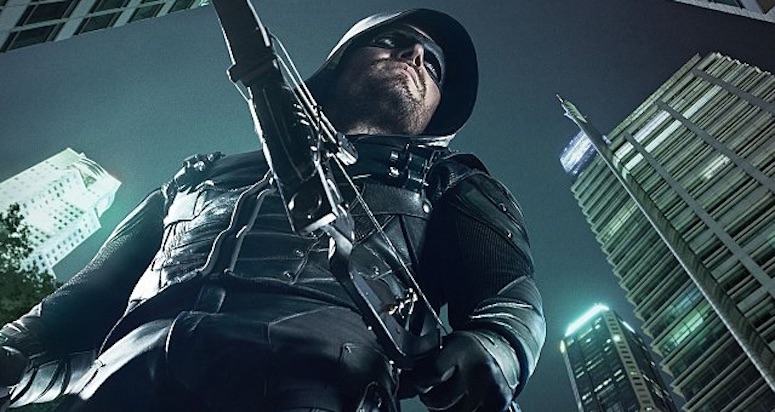 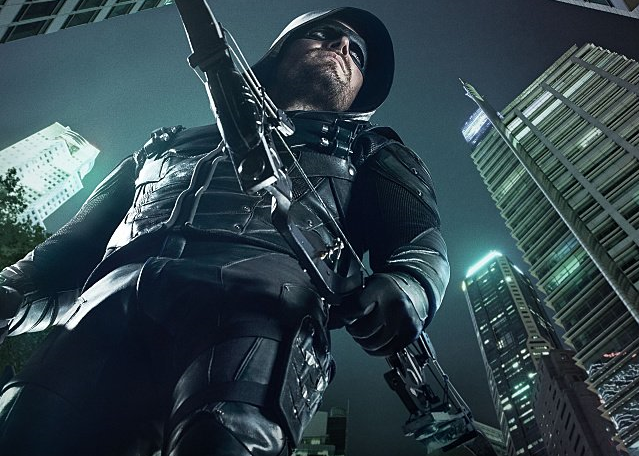 Breath a sigh of relief. It was dope.

For real, ARROW Season 5 Premiere is like 419 lungs worth of breath of fresh air. In so far that it’s taking from the Season 1 playbook, while also serving as a ‘soft reboot’ at the same time. It was a smart play all around. Once again, I am no longer ashamed of being an “ArrowHead” (what fans of ARROW call themselves). Let’s play doctor and dissect.

As expected, it’s now a couple months after all the ‘stupid’ events of Season 4 (no, no, don’t try to remember them). Oliver Queen is officially Mayor of STAR City. The city has seriously not had a Mayor in 3 seasons, and still the people hate him. He’s not showing up to meetings, late for everything. Basically, everyone thinks he’s being a dickbag. When in reality, and I am sure you see this coming, he is using his Mayor intel to fight crime as Green Arrow. It’s what Green Arrows do. In classic ARROW fashion they crib from the Nolan Batman playbook. This time from the Scarecrow chapter, as the episode opens with Green Arrow beating the bejesus out of Anarchy like he was getting a glass of water. A brutal glass of water.

Establishing a wider universe where Green Arrow is dispensing these kind of maniacs on the regs. And, frankly, getting a little tired of their bullshit. He seems to really be working things out whenever he’s beating on a fool. And thankfully, Star City has no shortage of fools. Because, as it turns out, the Green Arrow is lonely. He misses his friends. He’s out there, beating up bad guys, all by himself. Totally alone. No one has got his back. If something goes wrong, BLAM, another dead mayor. So yeah, killing is going back on the table,Thea. Maybe you should step off.

So in classic soft reboot fashion, much of the episode is Oliver lamenting the loss of his old team (no, no…don’t try and remember what happened to them), and the resolve/resolution to form a new one. Included in this new team is Capt. Detective Quentin “drinks it all” Lance, who is single, and drunk, once again. He is also rocking some sick burns. Lance gives Green Arrow a list of totes incorruptible cops, because apparently the Star City Police has more bent coppers than ‘Penny Day’ at the rail yard. Gasoline is thrown onto this fire with the introduction of Tobias Church. He is not from the comics, but he is totally comic book. Played (nay owned) by veteran character actor Chad L. Coleman, who everyone knows as Tyrese from THE WALKING DEAD, and some of you may recall as Cutty from THE WIRE. If ARROW does one thing right, and they do many things right…but, this is the rightest…they always crush it on the villain. Mr. Coleman continually goes ‘all in’ in what is some truly absurd dialogue. The result being every word that tumbles out of Tobias Church are that of a mad tempest. Of this exploding thing that is forever shark. Literally, every word that comes out of his head is, “I am crazy dangerous. Yeeeeee Gotcha!!!” It is tremendous.

Then there is some big action at the end. Maybe the biggest ARROW ever attempted. Some of the effects looked a little Syfy. But, I like Syfy. Plus, they still have the Stunts! There were a couple “they actually/physically just made a guy do that” moments this episode that just made me smile. In fact, I couldn’t stop smiling this whole damn episode. The Flashbacks? Normally, they suck Russian goose eggs. But now, they are in Russia, laying golden eggs. Seriously, it’s all been back alley Russia mafia bare-knuckle boxing fights, so it’s almost like ARROW is cheating a little bit. Not that I care, cheaters win.

There’s no cheesy romance stuff, hella trick arrows, hella kidnappings, mean-spirited violence, killings, campy jokes, and a new murderous archer (Prometheus). Plus, a whole new cast of characters, with the hint that the old ones will return. (Deathstroke/Huntress) Also, is it just me, or did Felicity’s line to her new boyfriend, “You are a magician” seem incredibly suspect.

Either way, this is the perfect time to start watching, or jump back on.