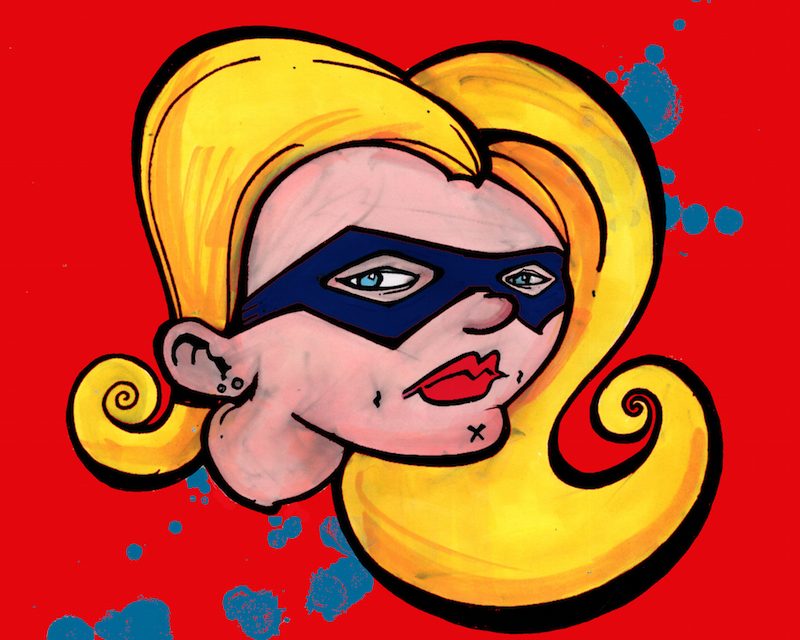 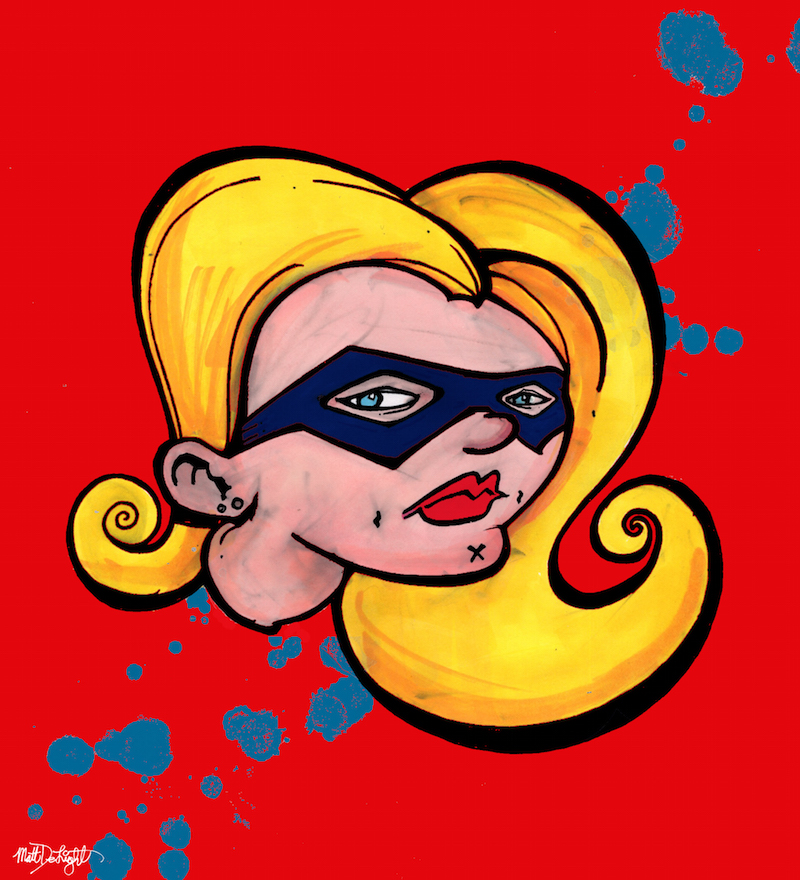 Somewhere out there, on one of the many Earths, there is a version of Arrow Season 4 that is like a brisk early morning swim in a Red Bull lake, after partying all night with Jim Belusi, Chris Farley, and Sam Kinison (And yes, I do mean the zombie/ghost version of these hilarious gentlemen…as the dead party harder). Unfortunately, that Earth is not this one.

Not that it was a particularly bad season, it just didn’t stop your heart and then fill it with delicious candies. Which is especially frustrating, because all the potential was there for a board-breaking slam-dunk. By episode 9 my heart was already 3/4’s full of candy, and most of the candies where Snickers, because I was satisfied. And then we got the inconsistent audible sigh that was the back half of the season. What happened? Why couldn’t they stick the landing? Let’s turn back the clock, pull out the magnifying glass, and look a little closer.

Season 4 started out strong, demanding not just one…but two…N.E.R.D. articles to properly contain all the bodacious. Oliver Queen(Green Arrow, yo) thinks he’s retired, but Star City needs him. Star City is always going to need him. That’s kinda Star City’s bag. So, like a Corleone, he gets dragged back in to lead his super-friends. Because, enter Damien Darhk (played brilliantly by Neal McDonough) as this season’s chief mustache-twirler, who is trying to institute Project: Genisis. The purpose of which I don’t know if I fully understood, but it definitely involves him stealing scenes and murdering people. Also, magic powers. Fuggit. All that stuff was pretty cool, but it’s all normal stuff I expect from a super-hero show. However, they did it in a way that could only happen after a Year One. It’s like in the movie COBRA, the 1986 action movie where Sly Stallone is the cure to the disease of crime. It’s a fairly ruthless actioner, and Stallone as Marian ‘COBRA’ Cobretti is probably the most ruthlessly bachelor bad-ass in all screen history. It’s an incredible movie, I whole-heartedly recommend it, and I’ve always wanted a sequel. Not another adventure with COBRA, but a direct from the ending of last time sequel. Picking up with Sly and Brigitte Nielsen (as Ingrid the love interest) riding off on into the sunset together. The man killed 30 dudes in the last 30 minutes…and now he’s going to go out on a date? Sell his shades and toothpicks, and what?… and settle down? Have babies? It’s a ticking time-bomb of a relationship, the consequences of which would be both horrible and enjoyable to watch. That ‘next-day’ kind of story telling.

Which, and I’m tying this back around I promise, is precisely why Oliver reintegrating himself back into the city and The Team is so much fun. Sure there is the repercussions of being an ‘al Ghul’, and the subsequent trust/team building that go along with that. But, what if that team you are trying to repair stuff with is damaged to begin with? The rest of Team Arrow did not have the 7 plus years of super-hero training, via the island, Russian mob, and crime-fighting that Oliver has had. Think about it, Oliver was still in a hoodie and grease-paint, and forging his own arrows in the time it took some of these characters to be code-named and costumed. So if it ever seemed like Thea, Laurel, or even Diggle super-heroed too fast, it’s because they did. They may have been physically ready, but they were unequipped emotionally. Laurel and Diggle are fighting crime for revenge, which is always a good reason to do anything. And Thea has ‘bloodlust’ which is an attribute not generally associated with heroes. It’s pretty much a recipe for Uh-Oh…and honestly, makes Oliver seem irresponsibly short-sighted for leaving Star City in the protection of a team of maniacs with no emotional control.

Seriously. The first half of this season is just Green Arrow putting up with everyone’s insane bullshit. I could site numerous examples, but here is my favorite..at one point, Team Arrow literally stops fighting crime, and fights dudes with jobs. No fooling. In episode 6, fellow “super” hero Ray Palmer, not content with a robotic battle-suit decides he needs the power to be tiny. And because he’s not good at his job, gets captured by Damien Dark like a jack-ass. To save him, Team Arrow has to get some special piece of technology from Kord Industries. Of course the only way to get this tech is to steal it. And, of course, this means security guards getting punched to sleep. Kord Industries isn’t evil, in fact it’s another company run by a billionaire super-hero. So those guards weren’t minions, rather dudes who were gonna quit their jobs the second they woke up. It’s real -who’s watching the watchmen. And if you couldn’t tell, Stephen Amell is the Brigette Nielsen in my COBRA sequel (She also runs for mayor). It’s absolutely fabu-dope incredible.

Then there was the rest of the season…Not that it was a complete snooze. Looking back it had a bunch of rad stuff; Demolition Team, the return of Cupid and Brick, an underground city under a dome, and Vixen. But, really the back half of the season can be summed up with magic powers that can stop arrows in mid-air, and Diggle talking to his brother Andy in a cage, (it brought back LOST Season 3 flashbacks). It seemed like we keep going to the same well over and over. By the end of the season, it just felt padded (No disrespect to the stunts, which were still amazing).

Now let’s just pull off the band-aid that’s on the elephant in this room. That season finale suuuuuuuuuuuuucked. It sucked long, and it sucked hard. If fact, there are entire movies that are dedicated to the art of blowjobs that have less sucking. It sucked so hard that if someone came up to me on the street and said, “That finale sucked so hard I’m never watching ARROW again.” I’d say, “Yeah, I don’t blame ya, it sucked!” I am not even going to explain why it sucked, because it sucked too much for me to even bother. It was as if everyone on the entire staff of ARROW got to the last episode and just said…fuggit. And maybe they did.

You have now entered the theories portion of the article. It is now common knowledge that ARROW was slowly building to a full Suicide Squad on the show. Much in the same way it took four seasons for The Hood to become the Green Arrow, everything that was Task Force X (and this includes Harley Quinn) was eventually going to become Suicide Squad. Then SUICIDE SQUAD became a movie and ARROW had to kill their plans. Literally. The final nail in that particular coffin was sealed this season when Amanda Waller was shot in the head. It’s actually some pretty meta-television where shadowy, unseen forces (Warner executives/Shadowspire) rather unceremoniously kill off an important character and direction for the series. It also seems to be the tipping point of the season, when things really start to get unfocused and repetitive.

Almost as if they had originally built the season around two acronymed organizations and super teams with emotional problems. The parallels between A.R.G.U.S./H.I.V.E. and Team Arrow/Suicide Squad are as many, as their differences slight. You can almost hear Deadshot say to Diggle, “The only difference John…I got caught for my crimes” as the jail door closes over his face. Deadshot, who worked with Damien Darhk, and killed Diggle’s brother the first time…was clearly supposed to die in Season 3, and could add nothing to Season 4. Not to mention a Bronze Tiger/Diggle team-up?!?! And is that why Captain Boomerang hasn’t returned?! It seemed like the Suicide Squad pie was supposed to be hot, ready, and in our face this season. The more one thinks about the possibilities lost, the more it makes one Le Sigh.

But, then…Why not more magic? Surely, it seems like this was the season, if any, to resurrect the character Cyrus Gold, also know as Solomon Grundy, into the Arrowverse. I have no idea why they didn’t, it seems like a missed opportunity to me. Then again, who does know, maybe they were going to…but then there was BATMAN V. SUPERMAN, and…Batman, Wonder Woman, Flash…and assorted movie nonsense that prevented characters and plot lines (that most people have never heard of) from appearing on the television show.

OK, so this has been bothering me for a while. The slow tease of Kirby stuff. It started with Project:OMAC, Felicity’s ex-boyfriend is Brother Eye, and Damien Darhk is working on a New Genisis. That last one may seem like a stretch, but check it…when Darhk kidnaps Ray Palmer (in the OMAC armor) it’s so he could power an ancient black-box with circuit board stuff in the center. Popular speculation at the time was that it was a Mother Box. I don’t know if I’d go that far, but Damien Darhk does seem a likely candidate for the Anti-Life Equation. Also, Brother Eye died rather unceremoniously this season…which I am sure is completely unrelated.

Season 4. It’s alright. It’s like LOST. All hot in the beginning, kinda stumbles midway, never quite recovers…but there’s fun stuff along the way…and much more satisfying if you don’t watch the end. Actually, if you want to watch something, watch Wayward Pines. They literally killed off the main character because he was too ugly. For real. Puberty cost him a job. It’s amazing.