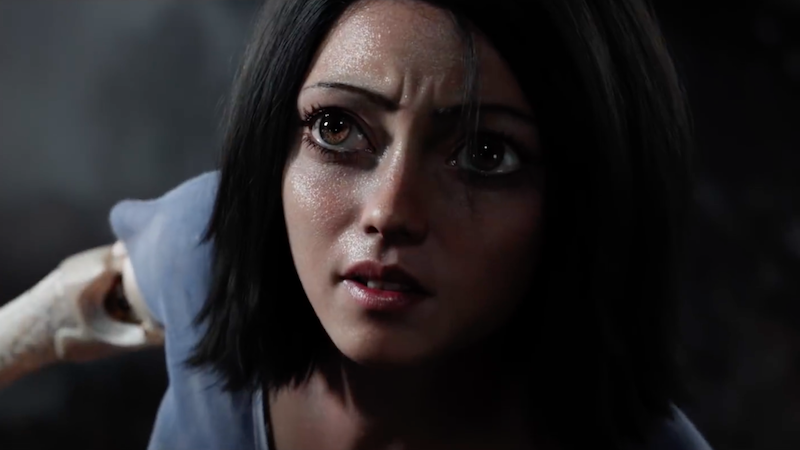 I know I know. The eyes look weird. That’s what people are all going to say. And that will be enough for most of you to dismiss this entire film altogether. And I get it, putting anime-style eyes on a mostly human looking character in a live action movie is kind of weird. Can’t argue there. But remember, this character IS a cyborg. Also, things that are weird are really cool to me. So yeah, I’m looking forward to ALITA: BATTLE ANGEL. I may be the only person you hear say those words.

ALITA has been in the works for nearly a decade. Maybe more? I remember hearing about this a really long time ago. I was excited about the prospect then, and am even more excited now that I know it’s coming. Let’s look at some positive evidence here.

Ok, so that last bullet point may not count for some of you, but all signs point to this being a lot cooler than you think. So get past the damn eye thing already and give ALITA a chance.