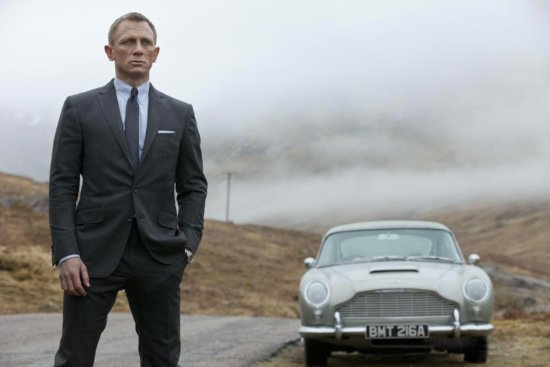 Besides the expected glimpses of Daniel Craig (COWBOYS & ALIENS) in beautiful locales, the heartstopping stunts, and the gunplay, the surprising star of the brand new, first teaser trailer for SKYFALL is the air of mystery. While Sam Mendes’s (AMERICAN BEAUTY, ROAD TO PERDITION) entry into the Bond canon will clearly be a sweet action movie as expected, the most tantalizing draw for me is the fact that the plot continues to be kept so well-guarded. This teaser does exactly what it needs to and not a bit more.

Three things are clear from watching: first, some men are coming to kill Bond, but he’s gonna kill them first. Second, Ralph Fiennes (THE ENGLISH PATIENT, HARRY POTTER series) is in it. Third, Javier Bardem (NO COUNTRY FOR OLD MEN) will play the bad guy, though he is conspicuously absent from this teaser aside from his brilliantly hulking silhouette against a massive fire. Considering that Mr. Bardem portrayed one of the most memorable movie villains in the last decade with Anton Chigurh, his role in SKYFALL is one to look forward to.

While its true details will undoubtedly be fed out as the release date nears, nothing tops watching Bond, finally, back on the screen.

SKYFALL will be released nationwide on November 9 2012.